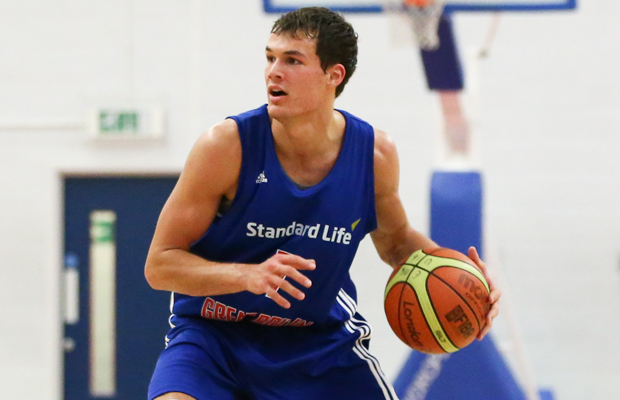 In the interview, Wainwright spoke of unrealistic NBA and WNBA ambitions for British players, before claiming “things are so much better” with the sport and falsely stating that all junior squads finished post-2012; squads that Devon Van Oostrum (DVO) starred on, being named tournament MVP whilst leading the U20s to Division A promotion in 2013.

Van Oostrum was playing for MZT Skopje in Macedonia before suffering a season-ending injury this year with a torn ACL. He last represented the Great Britain Senior Men in 2014 in their EuroBasket qualifiers, and notably was a controversial final cut as a 19 year old from the London 2012 Olympic squad.

In his letter, published exclusively through Hoopsfix, DVO said he has never before been so incensed as to publicly address claims made by the federation, questioning the notion that GB are a player focused programme and adding her comments are harmful to players’ loyalty to the National Teams.

“In response to Lisa Wainwright’s interview.

“We’ve never met. You did an interview with the BBC about GB basketball and its vision for the future. I’ve never felt the urge to respond before after my experiences throughout the years. Your suggestions about loyalty, player focused pathways, producing world-class players, and total commitment from GB for the players are great words. You also said there were no GB youth teams after 2012 and that investment in the future was non-existent.

“I’ve played for GB throughout that time. As for loyalty, I’ve never said no, even if it involved racing from the men’s friendly v Canada to the U18s tournament in Israel, arriving at 4am, with no one to pick me up. When I got cut from the Olympics Squad in 2012, I played for U20s. I’ve never had the opportunity to play in the US over summer in major tournaments, because I thought representing my country was an honour.

“I would like to think that my accomplishments in a GB vest helped the GB case for the future. I still am the only GB youth MVP player at a European championship, was All Star 5 times, and nominated for FIBA young player of the year after playing my second EuroBasket. I was the youngest player ever to earn a senior men’s international. I played for my country rather than my career, didn’t take summers off and risked injury. We finally achieved our dream of getting promotion to Div A with U20 after coming so close before (finishing 3rd at U16 and within in a game in 2012 with U20 before). We never gave up as players and stayed loyal to GB and each other.

“I’m rehabbing from an ACL injury now (4 months in and hoping to be back even better). I’ve never heard from you. Yet you say there was no youth basketball or GB excellence after 2012 due to funding. We were still there. It wasn’t the money. How is this a player focused GB programme? It’s hurtful to players’ loyalty and sacrifice to erase history and make ludicrous suggestions (20 players in the NBA and WNBA). Yet you ask us to show loyalty and sacrifice for GB. Over the years, we’ve done our part. Many times over.

“It would be nice to have heard from you.”

Devon van Oostrum becomes another player to speak out publicly against the programme, joining an ever-growing list that includes Luol Deng, Drew Sullivan, Dan Clark, and Ovie Soko, as frustrations with what is perceived as a lack of any visible progress continue.

Wainwright has been contacted and offered a chance to reply.