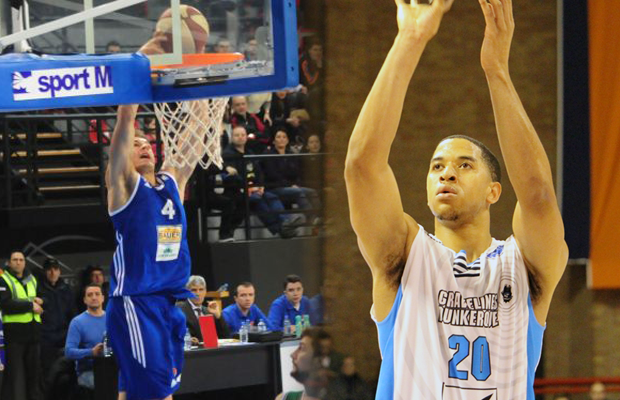 Both players took to social media to make their announcements which will come as a double blow to GB ahead of this summer’s EuroBasket tournament.

Hesson was having another strong season in France – with a Pro-A career-high 29 points last month – and averaged 12.4 points and 5.1 rebounds per game on the season.

The forward had also impressed for Gravelines in the FIBA Europe Cup this season and revealed he has had surgery after fracturing his tibia.

“I’m sad to announce that I will miss the remainder of the season,” Hesson said on Facebook.

“I have broken my shin bone. Surgery went well so now I’m on the road to recovery.

“I’m a firm believer in the saying “that what doesn’t kill you, only makes you stronger” – I will return better than ever.”

According to French website, ‘La Voix Du Nord’, the club’s physio estimates Hesson being out for around 3-4 months.

Meanwhile, Van Oostrum had recently joined MZT Skopje to play in the Adriatic League alongside Dan Clark following a spell in Greece.

The 24-year-old guard was averaging 8.7 points per game, but a torn ACL has curtailed his season.

Heartbroken to say that i’ve torn my ACL and will be out for the foreseeable future.

Van Oostrum and Hesson both played together on the squad that competed in GB’s last EuroBasket four years ago.