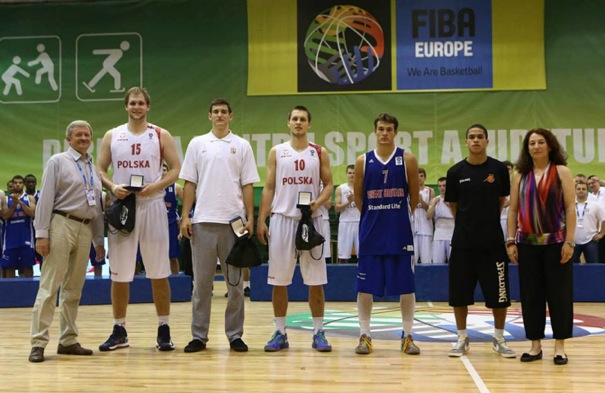 Devon van Oostrum has been named the Under-20 Division B European Championship MVP after a dominant performance whilst leading the Great Britain Under-20s to the Silver medal.

Van Oostrum raised eyebrows in Pitesti, Romania, averaging a tournament leading 26.8 points, 6.3 rebounds, 4.9 assists (3rd) and 1.4 steals-per-night (15th) in 31.3 minutes per game. Additionally, he led the tournament in drawn fouls, at 8.6 per game.

“Thanks for all the support back home,” tweeted DVO. “Thanks for a great 5 years. Proud of my guys. We got that second place and managed to snag that MVP!!!”

The 6’2″ point guard led GB to a 7-1 record at the European Championships, including some clutch performances down the stretch to help the U20s to their best ever finish.

His tournament high was 37 points, against Poland in the group stages, and he also registered one double digit rebound game (10 vs Slovak Republic), one double digit assist game (11 vs Luxembourg) to finish with two double doubles (full stats breakdown here).

Next up for van Oostrum is a potential GB Senior Men’s appearance after receiving an invite to training camp starting in August. He has previously said he would not make a decision on playing for the Senior side until the Under-20s’ campaign is over.