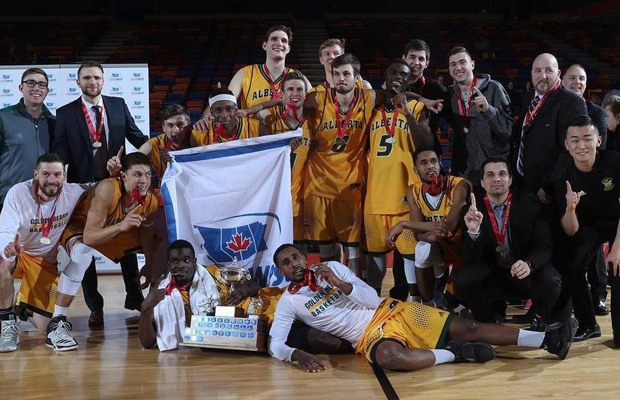 Sam Newman won a Canada West Championship with the Alberta Golden Bears after a 92-73 win over Manitoba on Saturday night in the Championship game.

The title, Alberta’s 12th in men’s basketball and third of the decade after winning in 2012 and 2014, will now see Alberta move onto the U SPORTS Final 8 Tournament next weekend in Halifax.

Minutes been hard to come by this season for Ipswich product Newman, who is in his Freshman year, but the title will be a worthy sacrifice.

“Nothing compares to winning, and to be Canada West champions in my Freshman year is definitely something I’ll cherish for my whole life,” Newman told Hoopsfix.

“It really sets the bar high for the coming years! It’s been an individually challenging year for me because of the depth of the squad, but I know I’m with a group of guys capable of taking us all the way, so who better to surround myself with!”