Sam Newman ('96) Signs in Canada with University of Alberta - Hoopsfix.com

Sam Newman (’96) Signs in Canada with University of Alberta 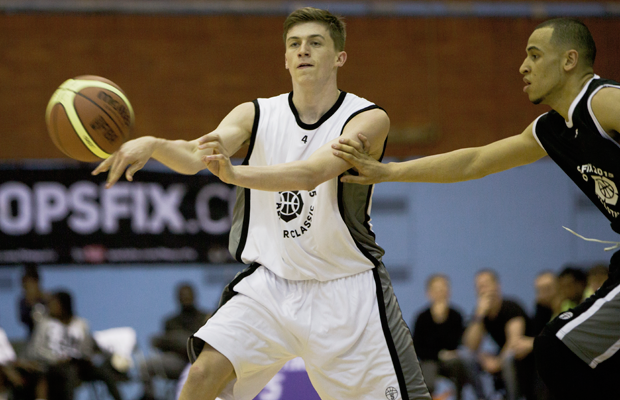 Ipswich Basketball and last year’s EABL MVP, Sam Newman, has signed for the University of Alberta in Canada on a full athletic scholarship for the 2016-17 season.

The former Copleston student and 2015 Hoopsfix All Star Classic alumnus was meant to have departed for NCAA D2 school Cal State LA this season before the move fell through due to some confusion around academics and instead ended up playing all 32 games for Ipswich in NBL D2.

The 1996 born guard led the team in scoring at eighteen points per game whilst also leading NBL Division Two in three point shooting.

“The character he has shown this season has been quite incredible,” said Ipswich Head Coach Nick Drane of his player of twelve years.

“Sam could have given up on his dream after what happened a year ago, but he kept after it, kept working and I think has ended up in a better situation than the one he was in last year”.

Newman, who also had some interest from D1, D2 and JUCO’s, is excited to start his college career in Canada.

“Alberta is the perfect fit for me,” Newman added.

“They visited Ipswich, worked me out and met with my family as well as Coach Drane. Having been through this process for two years now we have experienced a variety of different recruitment styles, and Alberta are clearly a class act and a programme I am very proud to be joining.”

Sam hopes to be part of the Great Britain U20 team this summer before making his trip across the Atlantic.

Hoopsfix wants to wish Sam all the best with his college career!