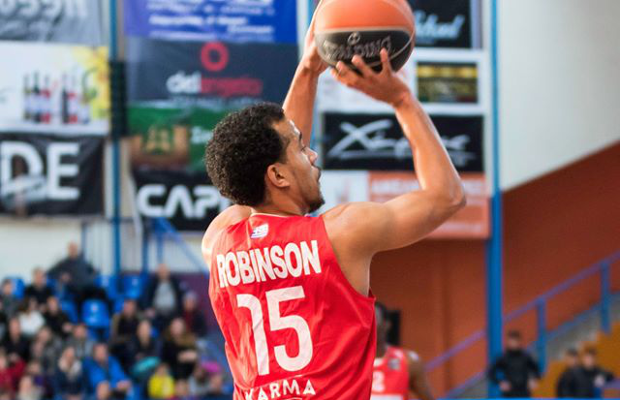 Justin Robinson has joined French Pro-B side Saint-Quentin for the remainder of the season, the club announced.

The GB guard had been playing in Greece with Doxa Lefkadas and now moves to the north of France for a fight for survival in Pro-B.

Robinson averaged 11.9 points and 2.5 assists per game in 19 appearances in A1 with a shooting percentage of just under 40 from beyond the arc.

The 29-year-old was part of GB’s initial qualifying squad last summer and has competed in two EuroBasket tournaments in 2011 and 2013.

Saint-Quentin currently have a 9-13 record which is just one win ahead of the two sides in the relegation places.

Robinson adds France to the list of countries he’s played in during his professional career having also spent time in Ukraine, Sweden, Hungary and Greece.