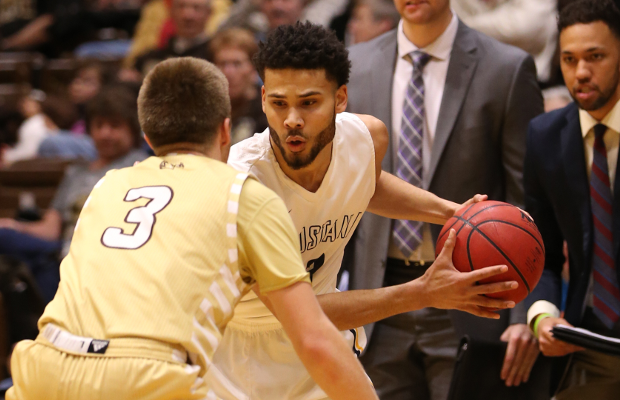 Jordan Spencer went off for a career-high of 39 points as he led Augustana University to a 97-79 success against Southwest Minnesota State.

The junior guard went 14-of-21 from the field, netting five triples, whilst adding six rebounds, two assists and two steals in the win.

It was Spencer’s second 30+ game of the season having previously set a career-high of 34 points against Upper Iowa last month.

Spencer is averaging 16.7 points per game – his best average whilst with the Vikings – and is also coming up to 200 assists for a third season running.

Augustana are now 19-7 on the season and 14-6 in the Northern Sun Intercollegiate Conference.