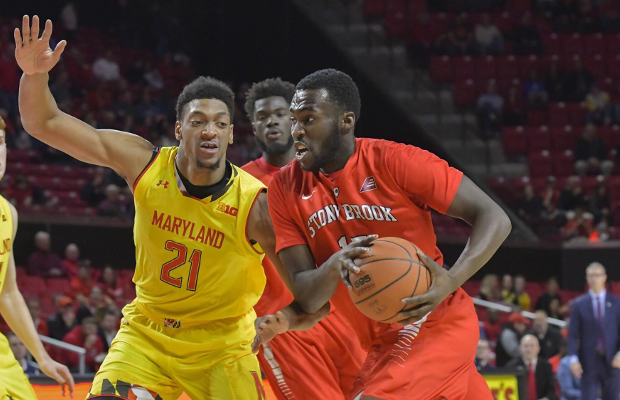 Akwasi Yeboah has been named to the All-Rookie Team in the America East end-of-season honours.

The redshirt freshman averaged 9.8 points and 4.3 rebounds per game with 10 starts in 28 appearances for Stony Brook.

Yeboah netted a career-high of 20 points against Brown in December having started the season with five consecutive 10+ point games.

The former Kent Crusaders forward – and HASC alumni – recorded his first, and only double-double with 16 points and 10 rebounds in an 83-73 victory over UMBC, in January.

The Seawolves went 17-12 on the season including 12-4 in America East action and they take on Binghampton in their first game of the post-season tournament.