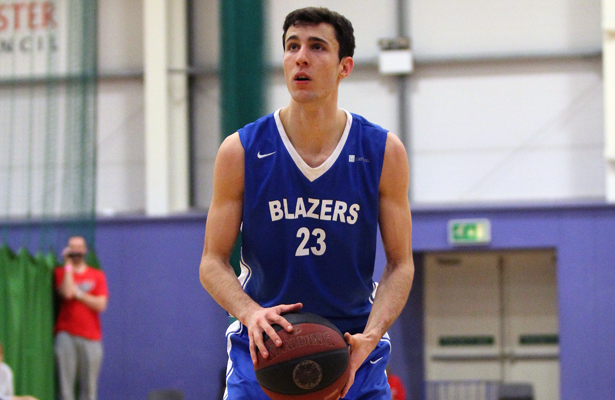 The 11th annual Haris Memorial Tournament tipped off on Tuesday night, with England, Worcester, Derby and Manchester all registering wins.

England jumped out to a 37-8 first quarter lead, using their length and athleticism to pressure the ball and forcing Sligo turnovers in the backcourt. Dunks were aplenty, as England had seven players in double digits, led by Romario Spence and Kayne Henry-McCalla with 18 points each.

“The game gave us an opportunity to show us where we are technically more so than tactically and what are the habits and instincts of our players. We saw some things we like and need to nurture but more so we have been able to identify key areas for development.”

Reginald ‘Ify’ Chuks had 17, Zion Tordoff had all of his 16 in the first half, whilst big man Josh Ogundele added 14.

Caleb Fuller and Eisley Swaine finished with 13 and 12 points respectively, as England return to action on Wednesday afternoon against Derby.

Oisin O’Reilly led the way for Sligo with 15, whilst Lee Sherlock had 7 and Jamie Callaghan 6.

The game remained competitive from start to finish, with Edinburgh in striking distance throughout.

Great team effort in a 84-75 win in our 1st game of the @HarisTournament The Hilltoppers had 6 players score 9+ points. #WABasketball #HST

Worcester were led by Paul Durkee who had 18 points, Mitch Doherty with 17, whilst Quest Harris and Jordan McAllister added 15 and 14 respectively.

Edinburgh were led by 20 from A Ferguson, 15 from R Armour and Kyle Jimenez, whilst Konrad Kantorski added 12.

Amabilino-Perez poured in 18 points in the opening period, barely missing, as he showed his calibre against the Irish National Team squad. And though Derby were in control the vast majority of the game, a last gasp charge from Ireland in the final minutes roused the crowd as they got it to single digits, forcing Derby to bring back their starts to seal the game.

Leyton Elliott-Sewell added 24 for Derby, whilst Ireland had four players in double figures; Sean Jenkins 22, Mark Gilleran 16, and Oisin O’Reilly and Adam Drummond with 10 points each.

Manchester Magic vs Nova School
Kaiyem Cleary knocked down five threes to finish with 22 points and lead Manchester past Nova, 73-65.

Cleary had two spectacular dunks in the early stages to set the tone for Manchester, who led by as many as 17, but like Ireland on the opposite court, Nova rallied in the fourth and had all the momentum for a while, before Magic were able to close it out.