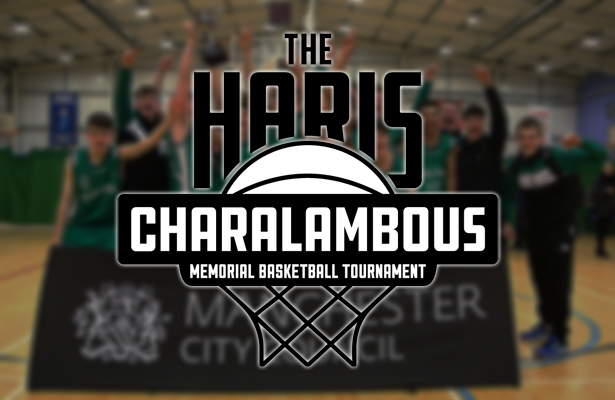 The 14th annual Haris Charalambous Memorial Basketball Tournament will welcome teams from Belgium, Ireland, Netherlands, Spain, USA and England when it tips off for another three days of action on Friday 27th December.

EABL champions Charnwood College Riders are seeking a third straight title at the Manchester Basketball Centre and have been drawn in Pool B alongside Manchester Magic, Global Squad (US) and Elite Academy (Belgium).

Backed by Manchester City Council and supported by Basketball England, the tournament has become one of the showpiece events in the British basketball calendar and continues to honour Haris Charalambous, one of the best young players to come out of Manchester, who, after winning a scholarship to the University of Toledo, tragically passed during a practice session in the US in October 2006. He was just 21.

The tournament will also feature a three-pointing shooting competition for the best sharp-shooters from each participating team.

“It’s set up to be another action-packed three days and we’re really looking forward to welcoming coaches and players from across Europe and the US,” said co-tournament organiser Phil Gordos.

“Haris continues to be an inspiration for us as a club, so we’re delighted the tournament continues to generate a lot of interest.

“A number of top players have competed here, including Terance Mann, who is now in the NBA with the Los Angeles Clippers. It just shows you the pulling power of the event.

“The tournament wouldn’t be possible without the support of Manchester City Council and Basketball England, so I’d like to take this opportunity to thank them for their backing.”