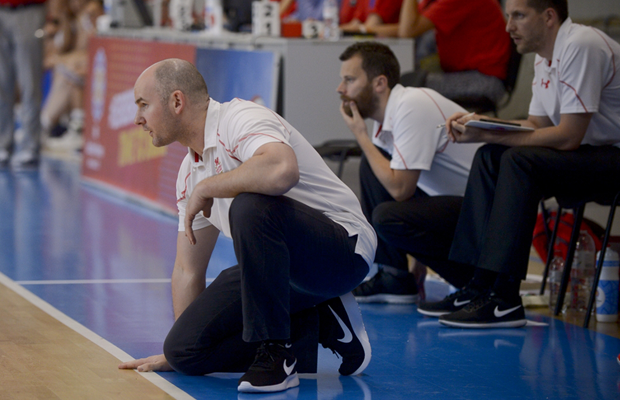 Basketball England have announced their coaching staff as the three-day training camp at the National Basketball Performance Centre in Manchester got underway on Monday.

Vear had been assistant coach of the GB Under-20s, while Keane served as the Under-16 Head Coach since 2013 with Guy as his assistant. It is also Reading Rockets play-caller Pena Garces’ first coaching role with England.

“This is an exciting time as we are actively looking to change, develop and improve the sport here in this country by taking it to the very next level,” said Basketball England’s Technical and Performance Manager Vladan Dragosavac.

“Our appointment of the new England national programme staff represents a fundamentally important step in that whole process.

“I’m delighted that we now have the very best youth coaches in England at our disposal and would like to commend all of them for taking on such responsibilities at a key moment for English basketball.”

Here is the full breakdown of the coaching staff set-up..

The second and final training camp for the Under-16’s and Under-18’s will take place in April ahead of the 2017 summer’s European Championships (draws here).

GB are yet to confirm their coaching staff but it is widely expected Alan Keane and James Vear will double up on their roles, with BBF interim CEO Lisa Wainwright having said they will be looking for continuity.