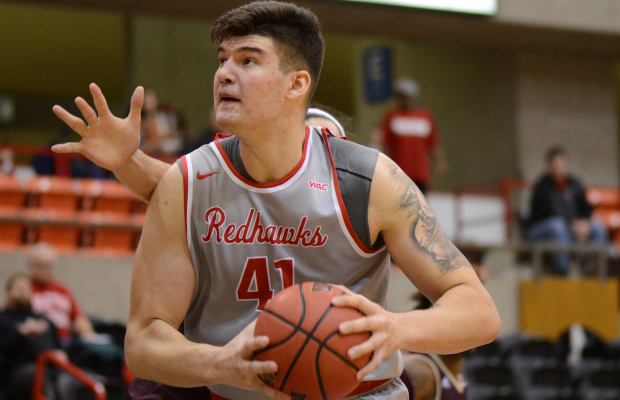 We take a look at how the top British talent got on in the second week of college basketball action.

Aaron Menzies went off for a career-high of 35 points to lead Seattle to an 81-75 victory in overtime. The 7’3″ centre had 12-of-15 shooting from the floor and also went 11-of-14 from the line whilst collecting 11 rebounds in 36 minutes of action.

Menzies is averaging 13.2 points whilst shooting above 65% from the field along with 4.2 rebounds per game having started in all five games so far.

Senior forward Ben Lawson helped Western Kentucky to their third win of the season with 13 points, seven rebounds and two blocks in a 77-56 success having posted nine points and three blocks in a previous defeat.

Akwasi Yeboah scored in double figures in consecutive games this week but Stony Brook still await their first win, despite the redshirt freshman producing 12 points and six rebounds. Bradley went 1-2 in the 2016 Golf Coast Showcase over three days with Dwayne Lautier-Ogunleye scoring eight points in a 70-62 success over Wofford.

Freshman Kyle Carey reached double figures for the first time in his short career at the University of Northern Colorado after netting 10 points on 4-5 shooting whilst adding five boards in a 59-81 road win.

Kingsley Okoroh recorded six points, nine rebounds and three blocks for Cal Berkeley, but they suffered their first loss on the season. Josh Steel made his first appearance of the season and scored his six points from downtown as Duquesne were beaten 63-66 at the buzzer having also lost to Kentucky during the week. 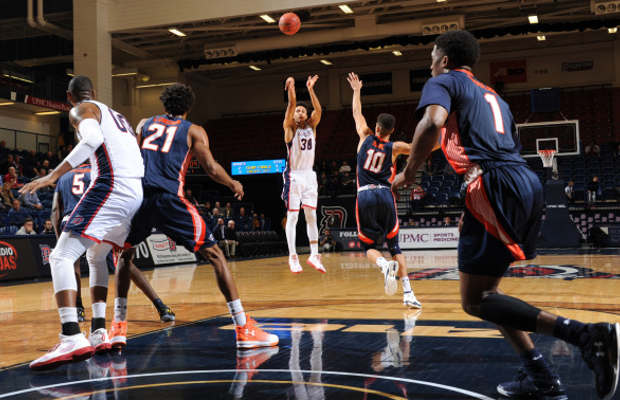 Maine lost all three encounters in the Steve Wright Classic this week with Danny Evans putting up 11 points in a 72-80 loss against Northeastern. Oregon went 2-1 in the Maui Jim Maui Invitational with Kavell Bigby-Williams posting four points and four rebounds in the first of three games.

Jordan Spencer had another big game for Augustana with a near double-double effort to lead his side to a 94-87 overtime victory to help the Vikings go 4-1 on the season in their NSIC (Northern Sun Intercollegiate Conference) opener.

Last week’s Hoopsfix Player of the Week Taiwo Badmus put up 19 points and seven rebounds in a 93-80 defeat for UVa-Wise before finishing with four points and eight boards in a 76-78 loss in his side’s home opener.

Patrick Whelan netted 21 points in a 99-89 loss as William Jewell College dropped to 2-1, while Elliott DeFraitis recorded 16 points, nine rebounds and two blocks in a dominant 101-53 victory for Hawaii Pacific as they improved to 4-0 with two victories.

Former Bristol Flyers forward Deane Williams scored 17 points including 9-14 free throws as GRU Augusta suffered an 86-104 defeat before contributing 13 points and six rebounds in a 79-70 win as his side improved to 3-1.

GB U20 forward Fraser Malcolm tallied a double-double of 10 points and 12 rebounds for Black Hills State before scoring 11 points to help his side claim their first win of the season. Also, Tamas Okros had back-to-back 11-point games with Joe Lockwood totalling 15 points and 16 rebounds across consecutive overtime victories for Post University.