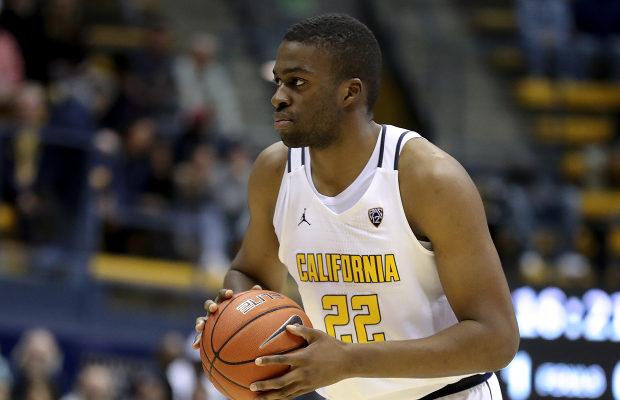 We take a look at how the top British talent got on in the third week of college basketball action.

Kingsley Okoroh had an impressive week for the Cal Golden Bears with a number of new career-highs set. The 7’0″ center from Derby had five blocks in a 71-61 win on Saturday before narrowly missing out on a double-double with 10 points and nine rebounds in a following 67-55 victory.

The 21-year-old then produced nine points, 12 rebounds, four assists and five blocks in a strong 40-minute performance as California defeated Louisiana Tech 68-59 in overtime to improve to 5-1 on the season.

All hail the King! pic.twitter.com/aZG5u9BCnq

Okoroh is currently averaging 5.0 points, 6.3 rebounds and 3 blocks per outing having started four of the six games to date.

Joe Junior Mvuezolo reached double figures in points in all three games for Montana State University (5-3) this past week. The junior forward netted a season-high of 15 points in a 93-73 victory as well as 11 points and four blocks in a loss at Utah.

There was a second double-double of the season for Aaron Menzies on Thursday after he put up 23 points and 14 rebounds to help Seattle to an 82-65 win over 10-0 Northwest University, while Dwayne Lautier-Ogunleye produced an all-round display to guide Bradley to an overtime victory.

Karolis Kundrotas netted 12 points and added seven rebounds in 18 minutes of an 84-81 overtime victory for Elon – their third consecutive win of the week to go to a 6-1 start. Meanwhile, Dylan Johns produced six points and five boards for Cal State-Northridge, though they fell to their fifth loss.

Akwasi Yeboah recorded 10 points in a fourth consecutive loss for Stony Brook before helping his side end their losing run with 10 points and eight rebounds in a 76-66 home success.

Meanwhile, Kyle Carey four points, four rebounds in 19 minutes in a 75-63 loss as University of Northern Colorado dropped to 2-5 on the season. Danny Evans scored seven points in a big 96-45 win for Maine, but they lost in their next outing and now have a 2-5 record.

Ben Lawson recorded five blocks and grabbed four boards in a heavy loss for Western Kentucky University, while Kavell Bigby-Williams impressed in his first start for Oregon as they improved to 6-2 on the season.

Jordan Spencer claimed his third career double-double with 11 points and 10 assists in an 89-61 win for the now 5-1 Augustana. The junior guard was also named as the Northern Sun Intercollegiate Conference (NSIC) Player of the Week.

An impressive week for @JC_SpencerUK has seen him named the NSIC (Northern Sun Intercollegiate Conference) Player of the Week! 🇬🇧🏀🇺🇸 pic.twitter.com/5fwFuE9J0W

Taiwo Badmus netted 20 points and had six rebounds in a 62-105 home defeat for UVa-Wise before putting up 26 points in a following 70-77 loss at home. Elliott Defraitis also had two games this week with double-digits in points including a 17-point haul on 7-8 FG shooting.

Junior guard Patrick Whelan put in two more strong displays to help lead William Jewell College this past week. Whelan netted 19 points in a 58-76 road success before scoring a team-high 21 points as his side went down 98-83 away from home.

Fraser Malcolm posted 13 points and seven rebounds in a 20-point home win for Black Hills State before following up with another 13 points in a commanding 82-46 victory. Also, Joe Lockwood recorded 11 points and five rebounds in consecutive games for Post University as they suffered two-point and three-point losses.