Jordan Spencer returns for another season with London Lions - Hoopsfix.com

Jordan Spencer returns for another season with London Lions 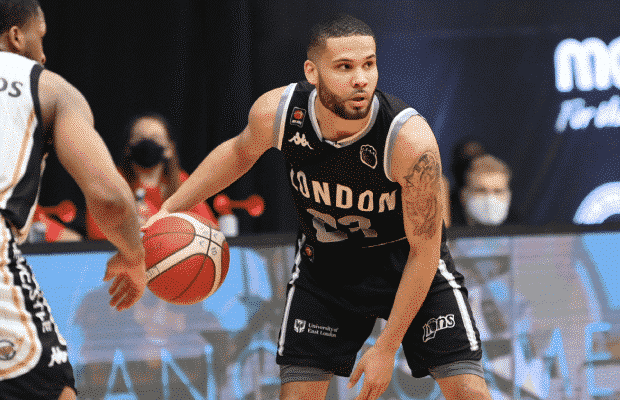 Jordan Spencer has re-signed with London Lions ahead of the 2021-22 BBL season, the club announced on Wednesday morning.

The former GB Under-20 guard rejoined the club in December after a short break from the game and added the BBL Trophy title to his haul of silverware in the league having previously won the double with the club.

Spencer made 18 league appearances last season with averages of 2.9 points and 3.4 assists per game in 16.1 minutes per outing on a deep roster.

“It’s fantastic to have Jordan continue his time here with the Lions for another season,” said Vince Macaulay, via release. “This will be his fourth season with the team, and he was part of our amazing lineup that took out the BBL Championship title for the first time in 2019. He always brings some dynamic play to the table – we’re excited he’s sticking around.”

The 26-year-old continues his back-court partnership with two-time league MVP Justin Robinson, who returns having signed a two-year deal last summer, while fellow Londoner Jordan Williams is one of three newcomers to the team.

The Lions will head to Italy for their Basketball Champions League qualifiers when they take on hosts, Treviso, in their first round encounter – needing three wins to reach the Regular Season for the first time.