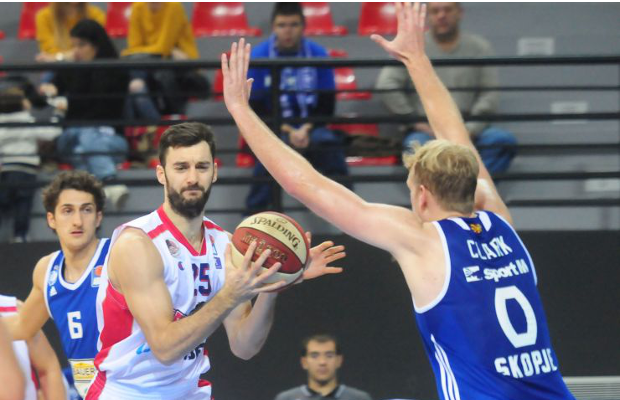 A weekly look at how the top Brits overseas have been getting on over the course of the past seven days..

Luol Deng finished with eight points, seven rebounds and two assists in a heavy 149-106 loss against Golden State Warriors with LA Lakers going 1-3 in the past week to drop to 8-8 in the Western Conference.

Myles Hesson went 6-8 from the field as he netted 16 points whilst adding three rebounds and three assists to help Gravelines (4-5) to a convincing 99-57 victory in Pro A. The GB forward then top scored with 19 points in a 77-84 loss in the FIBA Europe Cup, but was already assured of making the Second Round.

Dan Clark dished out a game-high six assists whilst recording 11 points to help MZT Skopje (3-7) to an 89-68 success in the Adriatic League. Meanwhile, Teddy Okereafor posted 16 points including 6-8 free throws along with five assists and three steals to help lead Parnu (1-4) to an 88-82 victory in the Baltic League.

GB center Gabe Olaseni went 4-of-4 from the field in a nine-point display, whilst adding five rebounds in 20 minutes as Dinamo Sassari suffered a 70-75 defeat in Serie A. The Italians were then beaten at the buzzer in the Basketball Champions League to drop to a 2-4 record in their group.

Andrew Lawrence netted eight points and dished out four assists as Sigal Prishtina claimed a 100-84 league victory on Sunday. The GB Senior guard then produced another strong display in the FIBA Europe Cup to lead his side to their first win in the competition.

Ben Mockford netted eight points in a 62-57 win for Palma (6-4) as he went up against GB Under-20 guard Mo Soluade, who was on the losing side for Burgos (4-6), while Aaron Geramipoor had seven points and nine rebounds in a loss for Breogan (7-3) in LEB Gold.

Another British duel came in Spain’s LEB Silver as Jack Crook had six points and five rebounds to help Agustinos (3-6) to a 64-66 road win against Avila (6-3) with Will Hall finishing with six points and six boards in the loss. Meanwhile, Rowell Graham posted a double-double with 14 points and 14 rebounds as Valladolid (5-4) recorded a 77-59 victory and Matthew Don had 19 points in a 94-86 road loss for Cambados (5-4).

Jesse Chuku led Kolossos (3-4) to a 77-60 home win in Greece with a season-high of 17 points including three triples with Justin Robinson scoring 11 points in the loss for Doxa Lefkadas (2-5).

Also, Ashley Hamilton finished with eight points and five rebounds against Euroleague opposition as Lavrio (2-5) were beaten 64-80 at home to Olympiacos, while Ogo Adegboye had six points, four boards and three assists in a 73-62 success for Kymis (3-4).

In A2, Fahro Alihodzic had another strong performance for Panionios (7-0) with 15 points and six rebounds to help his side maintain their perfect league start.

Matthew Bryan-Amaning put up 19 points and had five rebounds to lead Fukuoka Rising (5-0) to a 58-90 victory on the road before following with 11 points and seven boards in a 66-85 success away from home to complete the double-header. Dzaflo Larkai finished with six points and six rebounds in a 63-93 loss in the Japanese second division.

Elsewhere, Chris Caird went 7-of-12 from the field in a 22-point haul to help lead Tindastoll (5-2) to an 83-91 road success, in Iceland, while Chris Tawiah had four points and nine rebounds in a heavy loss away from home for J Hradec (4-8).

Finally, Zak Wells announced that he has left Hopsi Polzela by mutual consent after averaging 6.0 points and 2.7 rebounds per game in seven appearances.