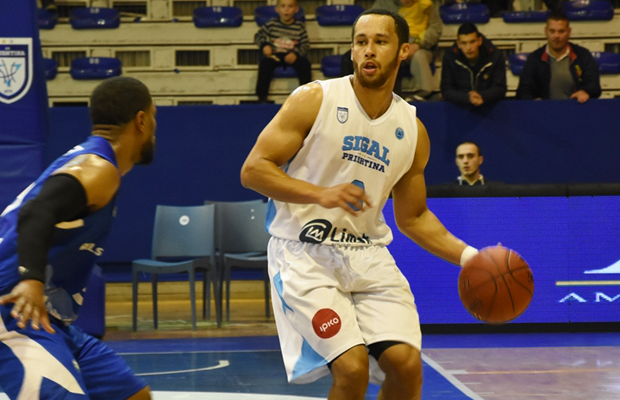 Andrew Lawrence produced another strong FIBA Europe Cup display on Wednesday to lead his side to their first win in the competition.

The GB Senior guard netted a game-high 24 points, including 8-8 from the free throw line, to guide Sigal Prishtina to an 87-80 home victory.

Lawrence also dished out four assists and came up with six steals in the win to ensure his team from Kosovo avoided bowing out with six straight defeats.

Sigal Prishtina were already eliminated going into the final day of the first Group Stages and finished with a 1-5 record in Group H.

In five appearances, Lawrence averaged 15.8 points, 5 assists and 2.4 steals per game with his 33-point haul the third best individual points tally in the competition.

The full replay of last night’s game is available below: