Myles Hesson Into FIBA Europe Cup Second Round with Gravelines 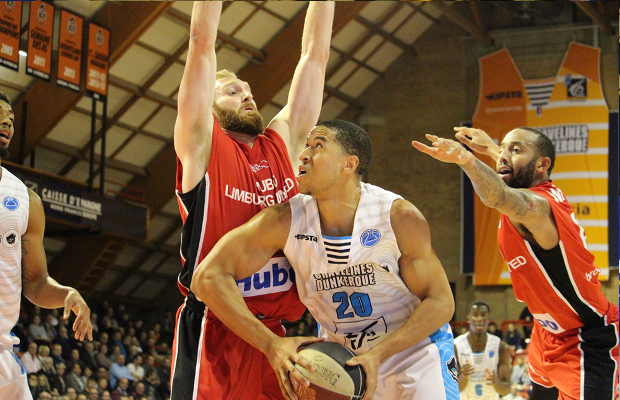 Myles Hesson is heading into the Second Round of the FIBA Europe Cup with BCM Gravelines.

The French side were already assured of progressing to the next stage ahead of the final round of Group fixtures on Wednesday.

Hesson top scored with 19 points and also added eight rebounds and three assists in a 77-84 defeat for Gravelines, although they still finished top of Group B with a 4-2 record.

In the Second Round, Gravelines have gone into Group L alongside Antwerp Giants (Belgium), Preividza (Slovakia) and Demir Insaat (Turkey) with the six group winners and two best runners-up advancing to the Round of 16 where they will be joined by eight teams from the Basketball Champions League.

Hesson averaged 13 points, 5.2 rebounds and 1.7 assists per game over the course of his six appearances to help his side continue on their quest in the competition.

You can check out Hesson in action last night with the full game replay below: