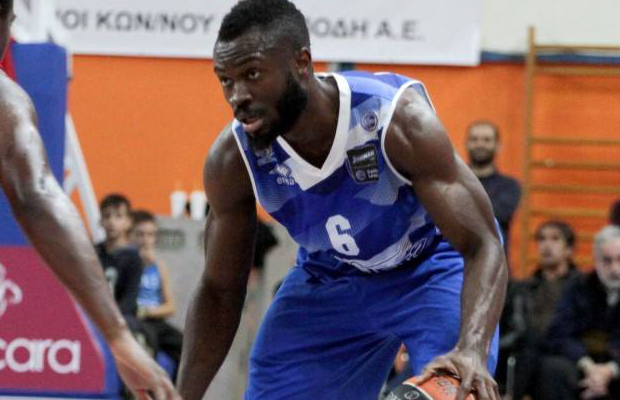 A weekly look at how the top Brits overseas have been getting on over the course of the past seven days..

With the Lakers going 3-1 in the past week, Luol Deng is averaging 6.4 points, 5.7 rebounds and 1.3 assists per game on the season. The 31-year-old forward netted 13 points including a perfect 7-7 from the free throw line in a 125-99 road loss against Minnesota Timberwolves.

Myles Hesson went 0-5 from inside the arc, scoring all of his six points from downtown whilst adding four rebounds and two assists as Gravelines (3-5) were beaten 73-70 on the road in the Pro-A. The French side have advanced in the FIBA Europe Cup courtesy of their current 4-0 record with two rounds remaining.

In Pro-B, there was an all-British battle in the paint this past weekend as Eric Boateng went up against Ryan Martin. It was the rookie coming out with the win as Provence (5-0) claimed a 64-72 road win at Blois (1-4) with Boateng finishing with seven points in 15 minutes for the hosts.

GB center Gabe Olaseni made both field goal attempts for four points in nine minutes of an 86-77 Serie A loss on the road for Dinamo Sassari (4-3). Olaseni then recorded 13 points and had a team-high seven points in an agonising 74-75 defeat in the Basketball Champions League with Sassari now 2-3.

Dan Clark finished with 16 points on 6-of-11 shooting and added six rebounds, two assists and two steals as MZT Skopje (2-7) suffered a 97-87 loss away from home in the Adriatic League, while Ryan Richards claimed a first win with Karpos Sokoli (1-8).

In Spain, Aaron Geramipoor recorded a double-double of 10 points and 10 rebounds to help Breogan (7-2) to an 82-65 success in LEB Gold action. Mo Soluade contributed three points, three rebounds and two assists in a 69-67 win for Burgos (4-5) and Ben Mockford netted 12 points as Palma (5-4) claimed a comfortable 70-101 win on the road.

Another battle of the Brits ensued in LEB Silver with Will Hall posting 10 points and six boards as Avila (6-2) defeated Cambados (5-3) 66-83 away from home, while Matthew Don had four points and 10 rebounds in defeat. Rowell Graham played in 34 minutes and finished with nine points, three rebounds and three steals as Valladolid (4-4) were beaten 83-73 on the road.

Over in Greece, two experienced GB guards went head-to-head with Justin Robinson scoring seven points in an 84-81 win for Doxa Lefkadas (2-4) over Kymis (2-4) as Ogo Adegboye dished out six assists to go with eight points for the visitors. Meanwhile, Devon Van Oostrum struggled from 3-point range, going 1-of-11 as he had eight points, five rebounds and two assists in a 94-99 loss for Koroivos (1-5).

Also, rookie Jesse Chuku held his own against EuroLeague opposition after finishing with 12 points and five rebounds as Kolossos (2-4) were beaten 80-65 at Panithanikos. In A2, Fahro Alihodzic posted 15 points along with eight rebounds to help Panionios (6-0) remain unbeaten after a 72-65 home triumph.

Matthew Bryan-Amaning helped Fukuoka Rising (2-0) to back-to-back victories in Japan after scoring 11 points in a 93-77 win before following with 18 points, eight rebounds  and three assists for an 89-77 victory the next day.

Only a couple of games into his spell in Estonia and Teddy Okereafor is already making an impact for Parnu (3-3). The GB Senior guard put up 15 points and added four rebounds and four assists in an all-round display to help lead his side to a convincing 101-55 victory.

In Germany, Ali Fraser posted 15 points and also had five boards and three assists to help Ehingen (3-7) collect an 82-79 success in Pro-A. Shore Adenekan posted a 15-point, 11-rebound double-double in the Regionalliga with Louis Sayers adding 18 points to a 98-74 win for their side.

Chris Tawiah went 5-5 from the field in a 12-point haul and also added six rebounds as J Hradec (4-7) claimed a 99-90 home victory in the Czech Republic top-flight. In the Netherlands, Nigel Van Oostrum recorded five points and three assists but Zwolle (6-1) suffered their first loss.