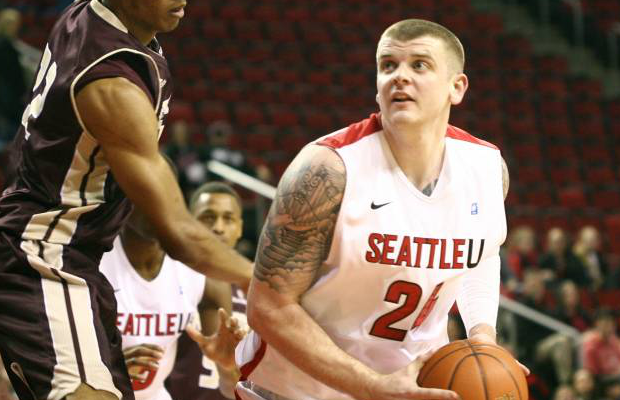 Jack Crook is turning professional after joining CB Agustinos Eras in the Spanish LEB Silver for the upcoming season, he announced.

The 6’11” center finished his college career at Seattle University, averaging 10.1 points and six rebounds per game in his senior year.

“I’m happy to announce that I just signed my first professional contract to play for CB Agustinos Eras in Spain next year,” he said on social media.

“[I’m] excited to start my professional career and see where it takes me.”

Crook recorded four double-doubles in the 2015-16 season and netted a season-high of 22 points on two occasions against Mississippi Valley State and UT Rio Grande Valley.

Agustinos-Eras were playing in the fourth division in Spain this season before gaining promotion for next year, where the former England U18 international will begin his pro career.

Check out his highlights from last season, below: