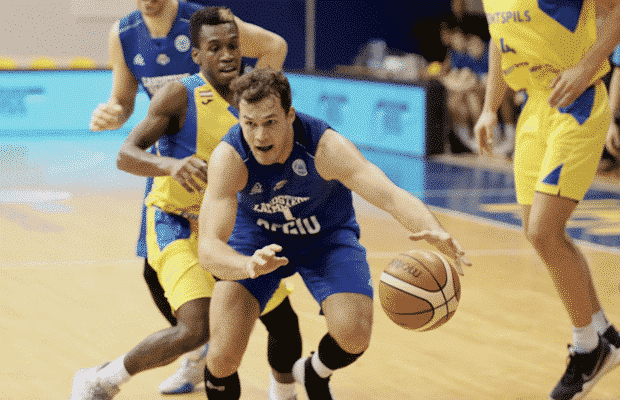 Devon Van Oostrum has signed a short-term deal to return to Spanish side Huesca as the domestic league in the Netherlands is currently suspended.

The 27-year-old stayed with his older brother, Nigel Van Oostrum as the duo re-signed with Landstede Hammers for the 2020-21 campaign, but have not played since mid-October.

Van Oostrum will join Huesca in LEB Gold for a four-week period before the expected resumption of the Dutch league in the New Year.

“We give him the opportunity to play at a good level for four weeks,” said GM Aart Van der Horst, via release. “In this way he will be more fit for a resumption of the competition in the Netherlands. Because the mission remains the same: to keep the group together so that they can perform together later.”

Van Oostrum previously played for Huesca in 2015 following a one-game spell in the BBL with Leeds Force.

Huesca currently have a 1-3 record in LEB Gold action with GB’s Jacob Round featuring in the four games so far, while DVO could be set for a second debut next week.