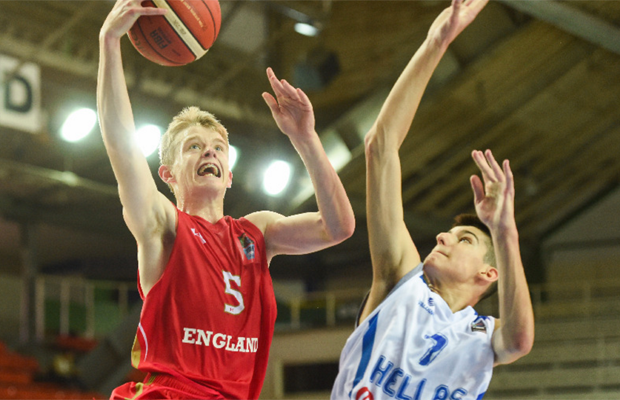 Head Coach Alan Keane has announced his final 12 England Under 16 Men for the Division B European Championships that are to be held in Sofia, Bulgaria on the 11th – 20th August.

After confident performances against France and Scotland (winning 3-0 & 2-0 in each respective series) in their preparation for the European Championships, Coach Keane, has had the difficult but necessary task of narrowing down the squad to the final 12 that will go on to represent England.

Jacob Round and Daniel Ogoro return to the squad after representing England last year, as they finished 14th in the Division A championships held in Lithuania. Kareem Queeley also returns to the squad after his first year at Real Madrid, as the team will be fighting for promotion back to Division A.

“Picking the final 12 to represent the country is never an easy task,” Keane said. “We had 34 players back in December who all represented themselves, their clubs and schools with distinction. We had a few injuries that limited the selection opportunities for a few.

“We believe that the 12 selected are the best 12 to meet the demands of the Euros and also gives us good balance and uniqueness with areas where we feel we can be successful. The reality is the hardest workers who adhered to what we asked them to do and got out of their comfort zone most throughout the campaign were these final 12 players.”