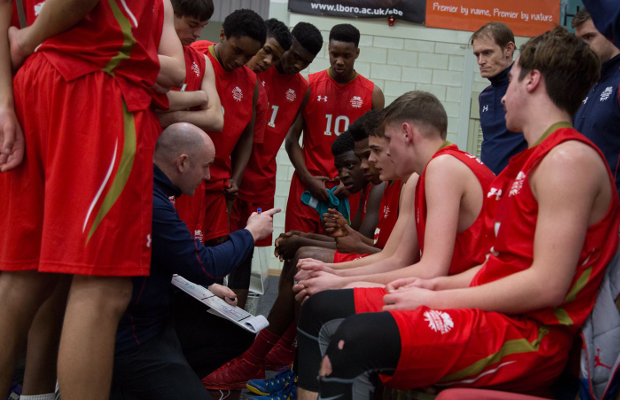 England Under-16’s continued their preparations for this summer’s European Championships with a 2-0 series victory over Scotland Under-18’s at the NBPC in Manchester, at the weekend.

Alan Keane’s side followed up their recent sweep of France Under-15’s in a 3-game series overseas with a 75-61 success on Saturday before a 63-55 victory, the next day.

“These two games have allowed us to develop areas we feel we can be successful with,” said Keane. “Both [games] highlighted key areas we need to tighten up with. We will now review, reflect and move on to next week’s camp and continue our preparation.”

Robert Banks top scored with a 24-point haul in the first of two wins, while Daniel Ogoro and Jacob Round added 12 and 11 points respectively.

England made a strong start and opened up a double-digit advantage at 22-12 by the end of the first quarter. The lead continued to grow in the second and went past the 20-point mark as the hosts led 44-21 at half-time.

However, Scotland began to battle back in the second half and used an 11-2 run in the third to help trim the deficit down to 11 points at 53-42 by the end of the period.

The gap was cut further to just six points in the fourth, but England responded and held firm to wrap up a 14-point victory.

In the second game, Richard Amaefule was the top scorer with 15 points with Mate Okros adding 12 points and Pierce Maslen joining the duo in double figures with 10.

England again started brightly by racing into a 23-10 lead after the opening 10 minutes, and extended their advantage to 36-18 at the half-time interval.

Scotland edged the third period to cut the gap down to 13 points as they trailed 60-47 heading into the fourth and England were able to hold on for their second win in as many days.

England U16s head to Bulgaria for their European Championships campaign with Ireland, Israel, Scotland, Macedonia and Hungary in their group.