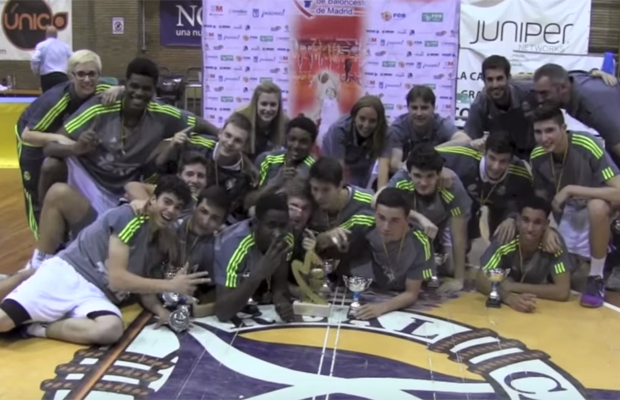 Queeley had 15 points, 5 assists and 3 steals in the final game, as Real Madrid defeated Alcobendas 75-54, to qualify for the national finals at the end of May.

The 2001 born guard, who signed with Real Madrid in September, took to Twitter to celebrate the win (above), adding “First Madrid final 4 won with many more to win🏆🏀 #graciasequipo”.

And by the looks of things, his Spanish is coming along just fine as well:

Watch back a full game replay of the Final below – Queeley is number 11: