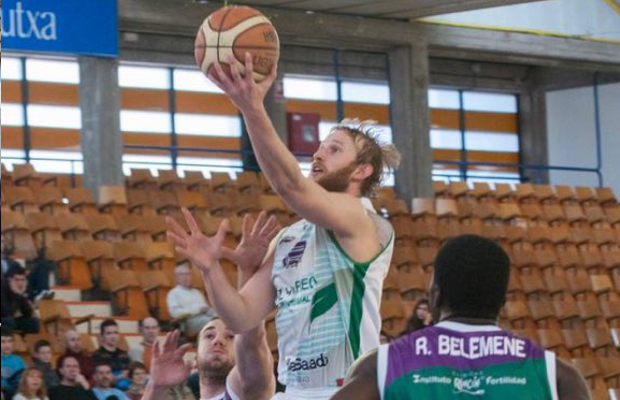 Joe Hart is targeting a Championship title in Spain after reaching the LEB Silver Finals with Araberri.

The former GB U20 captain, who made his senior international debut last summer, contributed five points, three rebounds and two assists to his side’s 67-68 road win on Sunday to complete a 3-1 series victory in the semi-finals.

“It’s a great feeling [to reach the Finals],” he told Hoopsfix. “It’s not every year you get to play for a Championship especially at the professional level.

“On top of that, it’s the first time in the club’s history making it this far so it’s pretty cool to be making history.”

Arberri finished the regular season in third place with a 17-9 record and entered the post-season as the second seeds. In the first round, they claimed a 2-1 victory over Moron with a decisive win in Game 3 before going on to beat Tarragona, 3-1, to reach the Finals.

“The season has had it’s ups and downs, but at the end of the day we have made it to the Finals which was always our goal and is very satisfying,” added Hart.

“These playoffs have been the first time I’ve played in an elimination series rather than a one and done game.

“I’m hyped for this Finals series.”

The 22-year-old has averaged 5.7 points per game in 32 appearances this season, whilst shooting 35% from 3-point range.

Araberri will play either Avila or Clinicas Rincon in the best-of-5 game Finals.