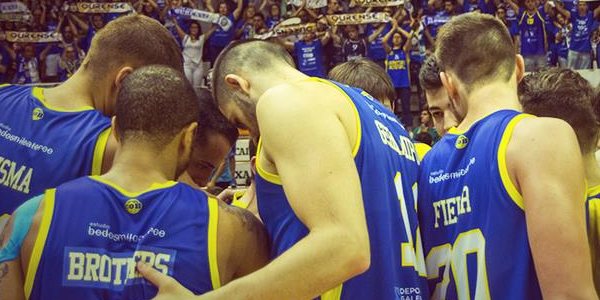 Aaron Geramipoor finished his first season as a pro in style after Ourense won the LEB Gold playoffs title with a 91-65 victory in the series decider.

Ourense battled back from a 2-1 deficit to win the playoffs, and also gain promotion to Liga ACB – the Spanish top-flight.

Geramipoor joined the club back in January having made a strong impression with Canarias Basketball Academy in the third division, LEB Silver.

The 22-year-old scored a Finals high of 7 points in the series opener after going 3-3 from the field, and came off the bench to score in each of the five games.