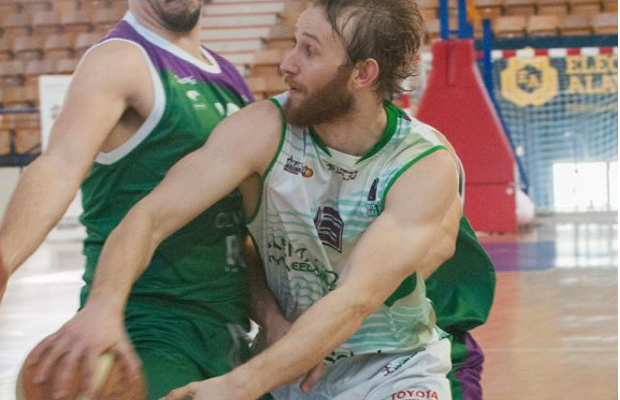 Joe Hart netted 18 points to help lead Araberri to an 83-69 victory on the road as they wrapped up a 3-0 Finals triumph in the LEB Silver Playoffs.

The GB forward shot 7-of-10 from the field and also dished out five assists in the title clinching win with the sweep complete, and promotion secured.

“All year we have been a great road team and it only seemed fitting to finish what we started away from home.

“This Championship is definitely up there with winning a State Championship with Blair Academy and getting promotion to Division A with the GB Under 20’s.

He added: “Coming off a season ending injury last year, I couldn’t have imagined a better way to come back to basketball.

“This year has definitely taught me that you can’t take anything for granted and you have to enjoy every moment.”

Hart made both field goal attempts from downtown for six points in the Game 1 success before contributing nine points as his side opened up a commanding 2-0 advantage in the Finals.

The 22-year-old is the second Brit in as many years to win a Playoffs title in Spain after Aaron Geramipoor, who was part of the Ourense squad that lifted the LEB Gold Playoffs title last season.

Araberri entered the Playoffs, in the Spanish third tier, as the second seeds following their third place league finish with a 17-9 record in the regular season.

After battling their way to the Finals, Araberri recorded a crushing 66-45 victory over Avilla to open the series before following that up with a 72-65 win as they successful defended home court.