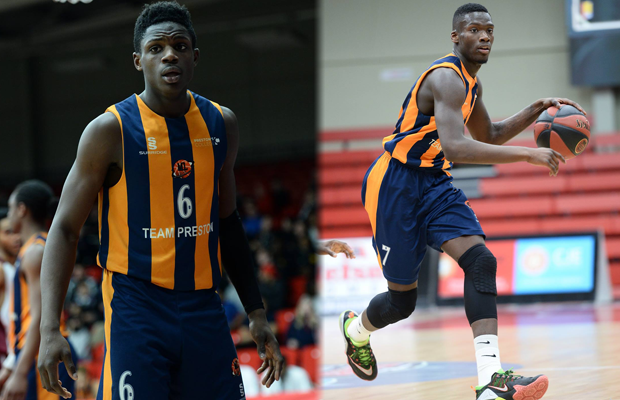 Preston’s College teammates Moses Byekwaso and Melkisedek Moreaux will remain together next season as they have both signed with JUCO Missouri State University West Plains.

The pair, who led Preston to the ABL National Championship with an undefeated season while being named the North Conference Player (Byekwaso) and Defensive Player of the Year (Moreaux) respectively, will be taking their game to to the same school former England Under-18 Terrel Martin-Garcia has just completed his sophomore year.

“To be honest, it feels great to sign with a school in the US because it allows me to get one step closer to my dream,” Byekwaso told Hoopsfix. “I feel that MSUWP is a place that will allow me to grow and develop as a player as well as learning the game over there. I’m excited to compete at that level and see where I stand with all the other players.”

Byekwaso had an efficiency rating of 30.4 and averaged 25 points per game whilst having an impressive 65.6 2PT FG%. Byewasko was also the number 1 ranked player at the 2015 edition of the Deng Top 50 Camp.

“It feels really good,” he said. “I’ve worked hard to get where I am now and it just shows that hard work pays off. It also feels good to be part of a programme who are all about winning and I cant wait to go to war with the new family.”


And though both of them are pleased to be going together, they are just as aware of why they are crossing the pond.

“It does make it exciting to have someone with me that I’ve won with, but at the end of the day, me and Moses both know that we’re on a mission to win championships and do what we need to do in the States,” Moreaux said.

Byekwaso added: “We both understand that we are not going there for a holiday and that we’re there for business.”

Hoopsfix wants to wish both Moses and Melkisedek all the best with their college careers!