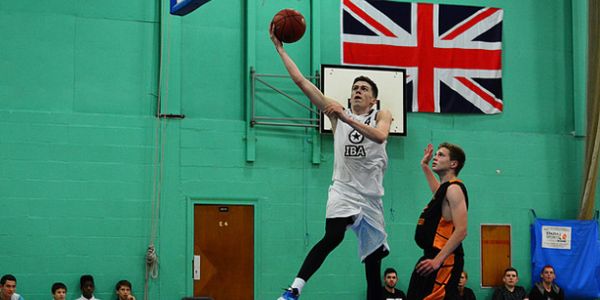 Copleston’s Sam Newman – heading to the States to begin his college career next season – earned the top honour after being named the MVP. The 6’3″ guard was a dominant scorer throughout the season with highlights including a 51-point game against Northfleet Tech, and a 30-point quarter with 7/7 shooting from 3-point range on his way to leading the league in scoring with an incredible 30.3 points per game.

Newman is joined in the All-EABL first team by SGS College duo Dwayne Lautier-Ogunleye, who averaged 18.5 points, 6 rebounds and 5.5 assists per game, and Deane Williams, who was named as the South Conference Defensive Player of the Year. Completing the all-first team are Charnwood’s UTEP commit Josh McSwiggan and Michael New Jr of Milton Keynes, who finished the season with 23.7 points per game.

Neal Hopkins claimed the Coach of the Year award in the North Conference after guiding Myerscough College to the number 1 seed after an impressive 15-1 season. Meanwhile, in the South, the award went to Itchen College’s play-caller Matt Guymon, who led his side to a 16-2.

While Williams claimed the aformentioned South Conference defensive player award, the North Conference equivalent went to Cameron King, of Preston College, after he averaged 3 blocks per game to lead the league, and 11.2 rebounds per game.

Check out www.eabl.org for all the statistical information from the 2014-15 season.