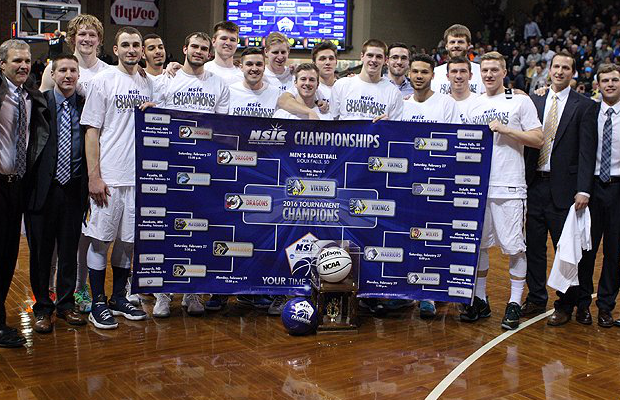 The sophomore guard recorded 12 points along with eight rebounds and four assists with just one turnover in 34 minutes in the 89-72 victory over Morehead State.

Spencer was also recently named to the All-NSIC Second Team for the second year running after averaging 9.4 points per game along with a league-high 7.1 assists, that included a career-high of 16 earlier in the campaign.

The Vikings also claimed victory in last season’s NSIC Tourney, but fell in the Regional Semi-Finals of the NCAA Tournament.

Augustana have gone 28-2 for the season, and will find out their opponents in the Tourney First Round, on Sunday.