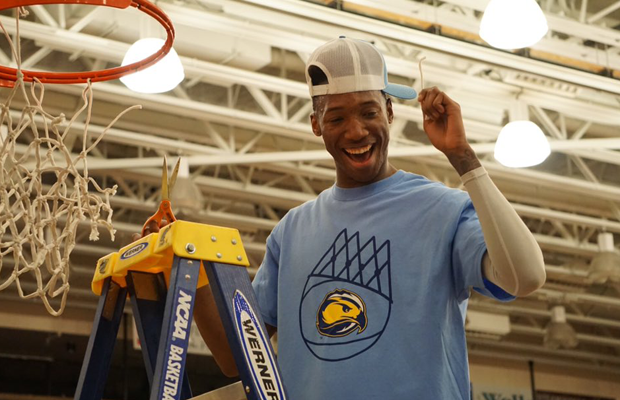 With the college basketball season winding down, one British product who’s found success in his Senior year is Birmingham born, Kofi Josephs.

After several breakout performances over the course of the season, Josephs helped lead his Fort Lewis Skyhawks past Adams State University as they celebrated topping the RMAC conference. Josephs went 7-13 from beyond the arc as he notched 21 points in the final regular season game of his college career.

Over the course of this year’s campaign, Josephs has recovered from hip surgery and averaged 8ppg, 3rpg, whilst shooting 36% from downtown.

“I think the season has been great, we’ve done a lot of learning with new coaches and an experienced group of guys have come together and never taken our eyes off the big picture,” Josephs said.

“Personally, I’ve just tried to get better with each practice and translate it to games and get back to contributing at a high level like I did last season before the season ending injury.

“My performances this year have been good, I’ve had some really good games where I’ve helped the team and games where I have contributed in other ways, and I feel like I’ve grown a lot as a basketball player and person.”

Josephs is now looking to make the move onto the professional circuit, with a number of destinations appealing to the swingman.

“After this season and when I graduate, I plan to play professional basketball and travel the world. Hopefully still in the United States or somewhere else overseas.”

Fort Lewis Skyhawks Head Coach, Robert Pietrack is also expecting big things from Kofi after he graduates – and believes he could have an impact at the pro level.

“I have really enjoyed having Kofi as a member of our basketball program,” he said. “Kofi is an extremely competitive player and has been a major contributor to our RMAC championship team.

“He is an elite offensive talent and he is just now getting back to full health again. His best basketball days are ahead of him.

“Kofi has a skill set that can fit into any system of play. I think he will be very successful professional. I hope his experience on and off the court at Fort Lewis College has helped prepare him for life and basketball at the professional level.”

Josephs will round out his college career with a post-season run, which began with Fort Lewis defeating eighth seed Colorado State University-Pueblo in a nail biter, 89-86, on Tuesday night to advance to the RMAC semifinal round.