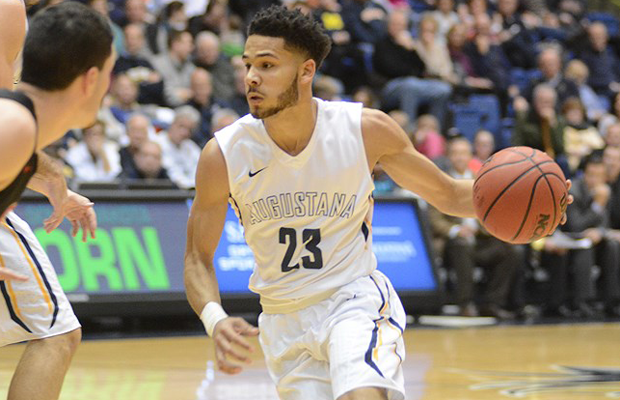 Jordan Spencer will compete for a National title in the States after helping Augustana University reach the NCAA DII Championship game.

The sophomore guard handed out eight assists and collected five rebounds in his side’s 74-55 victory over Western Oregon in the Final Four.

HEADED TO THE SHIP: Augustana defeats Western Oregon 74-55 to advance to the @NCAADII National Championship Game on Saturday #AugieMadness

The Vikings improve to an impressive 33-2 on the season, and advance to face the No.1 seeds Lincoln Memorial (34-2) in Saturday’s title decider.

Spencer handed out six of his eight assists in the first half as Augustana opened up a commanding 34-19 advantage, before going on to lead by as many as 28 points during the second.

The Championship game on Saturday takes place at the Dr. Pepper Arena in Frisco, Texas at 3pm (ET), which will be 7pm in the UK.