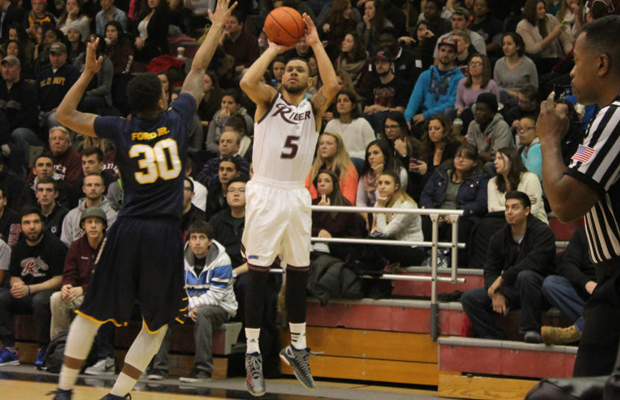 Great Britain guard Teddy Okereafor went off for a career-high 30 points for Rider on Monday.

Despite a 64-60 loss against Quinnipiac, Okereafor almost single-handedly willed the Broncs back to an improbable victory.

Qunnipiac used a pair of free throws after Okereafor canned a 3-pointer to secure the victory.

“I’m ready to go,” said Okereafor, who has played every minute of the Broncs’ last two games, to the Trentonian.

“I’m fresh every game. … Whatever they need me to play, I’m going to play. Whatever my team needs me to do, I’m ready to do it to make sure we start winning some games.”

“It is hard to ask Teddy to do everything,” Rider Head Coach Kelly Baggett said after the game.

“I started off the game trying to get others involved and then looked for my shot,” Okereafor added.

“Other games, I looked for my shot first, so I’m just trying to figure out the balance of doing both — getting others involved and being aggressive. I know the more aggressive I am, the more opportunities I get for my teammates.”