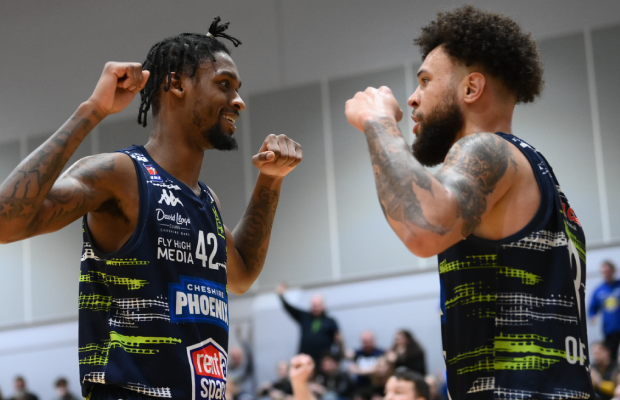 Cheshire Phoenix overturned a 12-point deficit from the first leg to overpower Glasgow Rocks and reach the 2022 BBL Trophy final.

Ben Thomas’ side recorded a dominant 115-72 success in Sunday’s second leg at home to complete an overall 205-174 victory.

What a performance & atmosphere at the EPSV!

See you in Glasgow, #NixNation!

Teddy Okereafor and Levi Bradley shared 50 points between them with a combined 19-of-30 shooting with GB’s Okereafor also adding eight assists. Namon Wright netted 21 points as all five starters hit double figures, as did Noah Dickerson with 13 points off the bench.

The Rocks had looked on course to make the final – to be played at their home venue – after winning the first leg 102-90 in midweek behind 22 points apiece from Jordan Harris and Boban Jacdonmi.

However, they were out of sorts on the road and unable to replicate the same offensive firepower, whilst struggling to contain their opponents at the other end. The game was tied at 19-19 after 10 minutes of the second leg, but Cheshire turned on the jets to race clear from there – outscoring Glasgow 61-35 in the middle periods before pouring in a further 35 points in the fourth to seal the win in style. 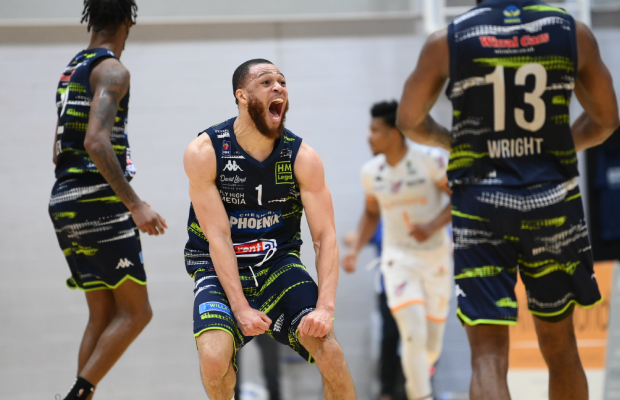 Cheshire will face either Bristol Flyers or London Lions in the final on Sunday March 20th at the Emirates Arena in Glasgow. The Lions hold a 20-point advantage after a dominant performance in the first leg on the road.