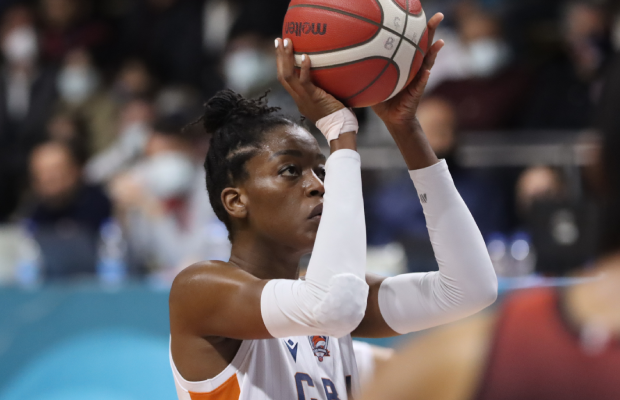 Temi Fagbenle will stay in Turkey for another season after re-signing with Mersin, the club announced.

The GB star suffered an injury during the playoffs having helped the club to a fourth placed finish in EuroCup Women.

Fagbenle averaged 13.4 points and 6.5 rebounds per game in the competition having reached the final four for the second year running after finishing as runners-up with Reyer Venezia in 2021.

The 29-year-old also added to an illustrious list of titles in her pro career after helping Mersin win the Turkish Cup as Finals MVP.

Fagbenle spent the season playing alongside GB teammate Kristine Anigwe, who has now signed in Italy with Ragusa, while Karlie Samuelson has departed Avenida and is currently playing in Australia with Townsville.