Danny Evans Picks Up First D1 Offer After US Move 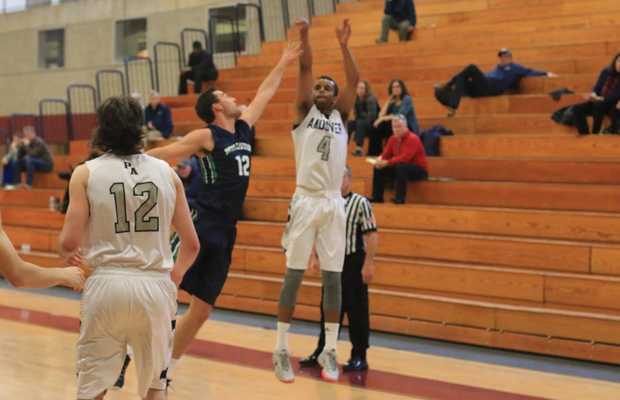 Former Leeds Force and England Under-18 hooper Danny Evans is making a smooth transition to the US, having picked up his first Division 1 offer already.

The 1997 born guard is averaging 21 points, 4.6 assists and 6 rebounds through his first 6 games for Phillips Academy Andover in New England, and has been offered by Bryant University who compete in the Northeast Conference.

“The standout for Andover was Danny Evans, a post-graduate guard from England, who scored 19 points and looked every bit the division I prospect in the process.”

Evans averaged 3.1 points, 3 rebounds in 18 minutes per game at the Division B European Championships this summer for England.

“I’ve found the transition pretty smooth,” the 6’4″ Evans told Hoopsfix as he prepared to travel back to the US after the Christmas break in England.

“My good friend and former teammate, Jack Stannard, and his Wife Katie Bergeron (former Leeds Carnegie Womens player) and the school helped me out a lot with making sure that I have everything I needed coming in.

“There’s no games in Fall term obviously so it gave me time to establish my role in the team and work closely with my coach on what to expect come game time. The biggest difference for me compared to back in the UK was having college coaches coming in and out of the gym to look at you so often.”

Despite Phillips Academy’s 1-5 start, Evans, who is the team’s captain, is optimistic they can turn it around.

“We’re doing okay, we’re improving with each game we play and I don’t think we’re anywhere near our full potential yet,” he said.

“We had a steep learning curve to start out, losing our first 4 games to good teams from the Class above us (Blair Academy, Holderness School, St Andrews School, Rivers School – NEPSAC Class AA), but after losing in OT by 2 and a big win in our last game over the defending Class A Champions, Williston Northampton School, we’re looking to ride the momentum.

“Individually I’m doing well, I captain our team so I have a big role but I’m just trying to lead us to as many wins as possible.”

Evans is also receiving D1 interest from Holy Cross, Vermont, Brown and Columbia. Watch his highlights from the season so far below: