NBA London Game 2016 to Be Screened in 31 Odeon Cinemas - Hoopsfix.com

NBA London Game 2016 to Be Screened in 31 Odeon Cinemas 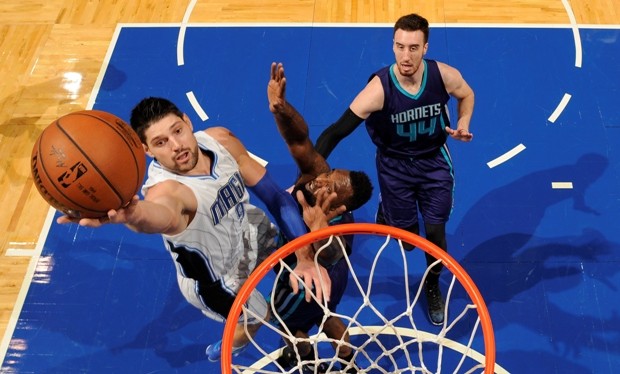 The National Basketball Association (NBA) and ODEON Cinemas have announced “NBA Live @ ODEON”, an initiative that will see NBA Global Games London 2016 screened live in 31 cinemas across the UK.

NBA Global Games London 2016, which will feature the Orlando Magic playing the Toronto Raptors at The O2 on Jan. 14, 2016, will mark the NBA’s sixth consecutive sold-out, regular-season game in London.

“Live entertainment is hugely popular with our guests and growing rapidly, whether it be theatre, music or sport, and the NBA is a fantastic addition to our line-up. Like our guests, we’re thrilled that the adrenaline of the games and the atmosphere of the crowds will be beaming onto our screens around the UK to guests who are enjoying the comfort and hospitality of our cinemas.”


“Our partnership with ODEON Cinemas will provide fans with a front seat to all of the action from NBA Global Games London 2016,” said NBA EMEA Senior Vice President and Managing Director Benjamin Morel. “We are excited to broaden the reach of the live game experience across the UK with a fully immersive presentation on the big screen.”

To prebook tickets at your local ODEON cinema and for more information, please visit: www.ODEON.co.uk/films/NBA_Live_ODEON/16203/

The Raptors, who feature DeMar DeRozan, Kyle Lowry and Jonas Valanciunas, will be playing their third game in London following back-to-back games in 2011.