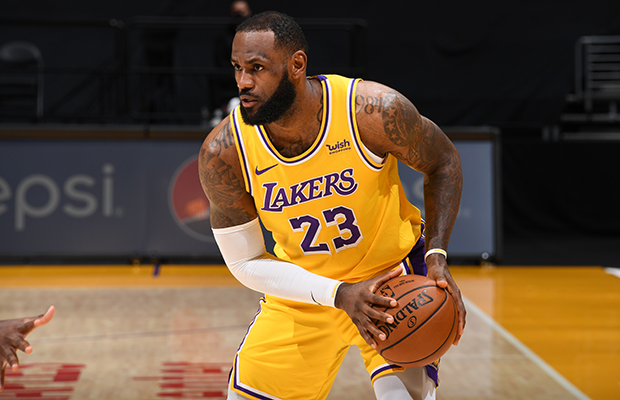 The NBA today announced that LeBron James and the Los Angeles Lakers have secured the top spots on the NBA’s Most Popular Jersey and Team Merchandise lists in the UK and across Europe for the second consecutive year.

Results are based on sales from NBAStore.eu (affiliate link), the official online NBA Store in Europe since the beginning of the 2020-21 NBA season.

The Brooklyn Nets’ Kevin Durant is ranked No. 2 on the jersey list, followed by the Nets’ James Harden at No. 3, Golden State Warriors’ Stephen Curry at No. 4 and Nets’ Kyrie Irving at No. 5.

Trailing the Lakers on the Most Popular Team Merchandise list in the UK are the Chicago Bulls (No. 2), Nets (No. 3), Boston Celtics (No. 4) and Warriors (No. 5).

In another positive indication of the basketball interest in the UK, the country is ranked No. 2 in Europe for merchandising based on sales of NBA-branded product this season.

Top 10 Most Popular NBA Jerseys in the UK

Top 10 Most Popular Team Merchandise in the UK

Check out NBAstore.eu (affiliate link) to get all your NBA merchandise, and then make sure you know how to watch the NBA in the UK.