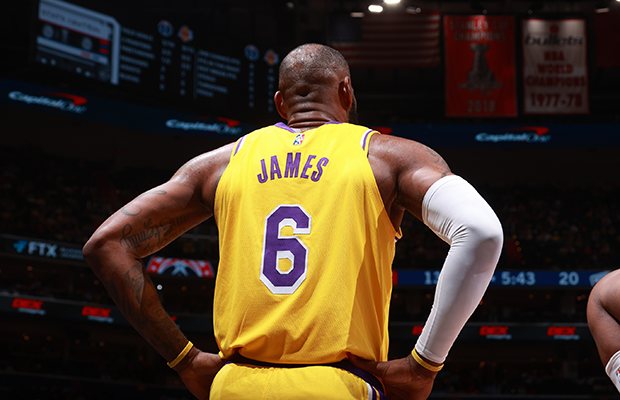 LeBron James as well as the Los Angeles Lakers have secured the top spots on the NBA’s Most Popular Jersey and Team Merchandise lists in the UK for the third consecutive year.

Results are based on NBAStore.eu sales since the beginning of the 2021-22 NBA season.

The Golden State Warriors’ Stephen Curry is ranked No. 2 on the jersey list, having risen from No. 4 the previous year. Miami Heat’s Jimmy Butler is in at No. 3, followed by the Dallas Maverick’s Luka Dončić at No. 4, who has risen six places from No. 10 in 2021. Greece and Milwaukee Bucks Forward Giannis Antetokounmpo completes the top 5.

Trailing the Lakers on the Most Popular Team Merchandise list in the UK are the Chicago Bulls (No. 2), Boston Celtics (No. 3), Golden State Warriors (No. 4) and Brooklyn Nets (No. 5).