Video: Chantelle Handy Goes Off for 16 Points on 6/8 Shooting vs Italy! - Hoopsfix.com

Video: Chantelle Handy Goes Off for 16 Points on 6/8 Shooting vs Italy! 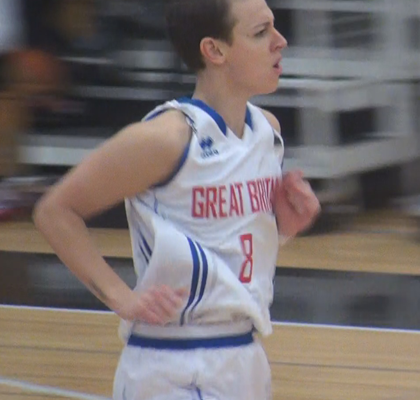 Great Britain’s Chantelle Handy was cookin’ against Italy on Wednesday in Manchester, going 6/8 from the floor for 16 points.

Handy hit four three pointers and also added 3 rebounds and a steal, but it wasn’t enough, as GB went down 48-60 in their Eurobasket Women 2017 Qualifier.

“The situation is not good,” GB Head Coach Jose Maria Buceta said after the loss.

“But we still have four games to play and we have to aim to beat Albania twice, Montenegro at home and Italy away. We have hope and we are heading in the right direction as a team – even if the results have not showed it just yet.”

The 6’2” forward, who represented GB at the 2012 Olympics, is playing her club ball in Hungary this season, with PINKK-Pecsi.