Gabe Olaseni Loaned Out to Giessen 46ers in German BBL 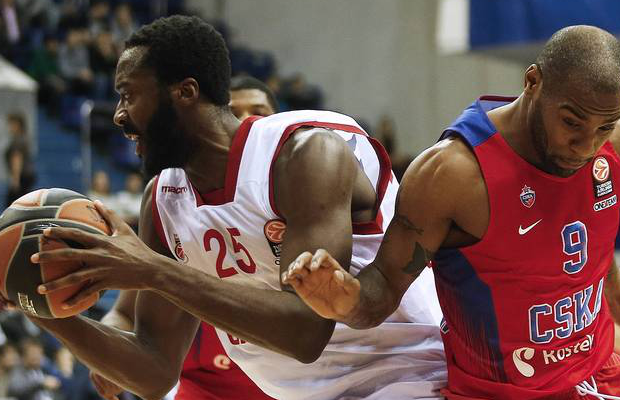 Gabe Olaseni has been loaned out to Giessen 46ers by German BBL rivals Brose Baskets, the club announced on Sunday.

The rookie forward was unable to make an immediate impression with the Euroleague side, but will remain in the Bundesliga until the end of the season.

Olaseni played nine BBL games for Bamberg with 15.1 minutes per game; averaging 4.3 points and 3.1 rebounds during that time.

In his senior year with Iowa, the 23-year-old helped the Hawkeyes reach the NCAA Tournament, whilst claiming the Sixth Man of the Year award in the Big-Ten conference.

Olaseni also had a stint with Miami Heat in the NBA Summer-League before signing his first pro deal with Brose Baskets shortly after.

Giessen currently sit 10th in the 18-team top-flight with a 4-5 record, and previously had another Brit in Myles Hesson on their roster – a couple of years back.