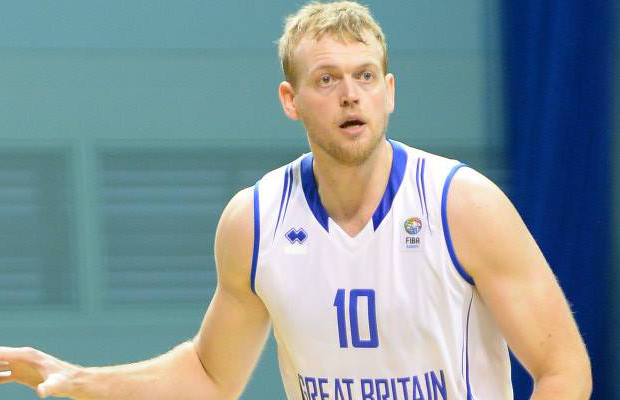 In NBA action this past week, Luol Deng netted a season-high 20 points in a 91-103 loss against Minnesota Timberwolves before helping Miami Heat (9-4) to three straight home victories with all-round contributions.

Orlan Jackman had a monster game out in Portugal at the weekend after dropping 25 points in 24 minutes and adding six rebounds and five steals, although CAB Madeira (3-5) were edged out in an 80-78 road defeat. Duke-Jermaine Forbes added 10 points and provided three assists in the loss.

In Iran, Ryan Richards shot 5-of-8 from beyond the arc on his way to 31 points including the game-winning 3-pointer to lift Gorgan (5-3) to an 80-82 victory on the road. The former GB U20 forward also had 11 points and eight rebounds in a following 72-87 win, also away from home.

Matthew Bryan-Amaning continues to lead the way for Soles (11-1) in Mexico after 18 points in 16 minutes helped them to a 31-point win on the road before contributing 16 points and seven rebounds in the following 81-94 success over the same side. Aaron Geramipoor scored 12 points in each of the two wins away from home as Soles begin to pull away at the top of the LNBP.

In Spain, Dan Clark played a starring role to lead Andorra (3-4) to victory over Unicaja Malaga with a game-high 17 points on 4-of-6 shooting from the field including three triples. Also, in Liga ACB action, Andrew Lawrence dished out five assists to go with eight points in an 92-65 loss for Gipuzkoa (0-7). Ben Mockford scored 15 points in a LEB Gold loss for Caceres (3-6), while Joe Hart went 4-of-6 from downtown in a 17-point haul to lead Araberri (4-4) to an 86-80 victory in LEB Silver.

Myles Hesson scored 13 points including 3-of-4 from 3-point range and had five rebounds in a 66-69 road win for Dijon (5-3) in Pro-A as action returned in France. In Pro-B, Laurence Ekperigin collected 10 rebounds and also had three points as Poiters (1-3) claimed a 71-75 win away from home for their first season victory. Also, Eric Boateng helped lead Blois (8-1) to the top of the NM1 standings with a near double-double of 10 points and nine rebounds in a convincing 71-53 success.

In Greece, Justin Robinson scored 14 points and Ovie Soko finished with eight points and 10 rebounds as Trikala (2-5) suffered an 83-79 loss on the road to fall further in the A1 league. Devon van Oostrum was also two points shy of a double-double after helping lead Arkadikos (2-5) to a comfortable 56-76 road win with eight points, 11 rebounds as well as four assists.

Fahro Alihodzic scored 14 points in 17 minutes in a 97-84 home win for Promitheas (6-2) in A2, while Rob Gilchrist had 12 points and seven rebounds in a 65-78 loss with Peristeri Athens (1-3), having gone 0-7 from the free throw line. Meanwhile, in the Netherlands, Ali Fraser contributed nine points to a 78-71 home victory for Leeuwarden (3-4) as Nigel van Oostrum dished out seven assists and also had four points, three rebounds and three steals for his side.

In Italy, Ogo Adegboye played 12 minutes of Vanoli Cremona’s 82-66 victory in Serie A as they improved to a 5-3 record. Meanwhile, Ashley Hamilton had 12 points and six rebounds as Matera (2-7) fell to a 73-85 home loss in Serie A2, while Will Saunders contributed three points and five boards to a 72-66 win for Novipiu Casale (6-3).

Chris Caird went 4-of-5 from downtown in a huge display for FSU (1-6) as he led his side to a first league win with 20 points and 14 rebounds in a 71-82 road win, in Iceland. Elsewhere, in Slovenia, Jules Dang Akodo scored 14 points on 4-of-5 shooting as he helped LTH Castings (4-0) maintain their unbeaten start to the season, while Liam Potter pulled down six rebounds and went 1-of-2 from the field for two points in 21 minutes in a 75-70 defeat for Svendborg (4-4), in Denmark.

Notes: Gabe Olaseni has been loaned out to German side Giessen 46ers from BBL rivals Brose Baskets.

Check back every Tuesday for the latest Brits Abroad round-up!