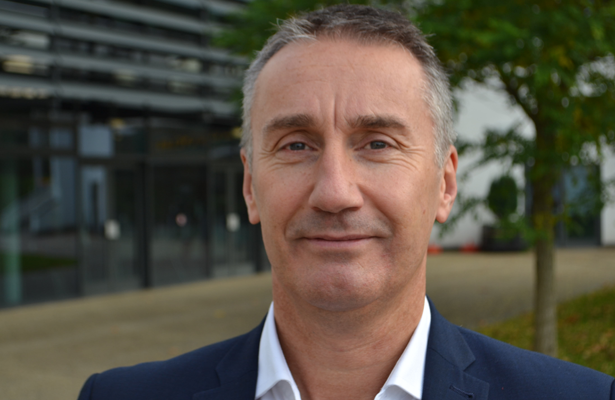 Basketball England have announced the appointment of Stewart Kellett as the new CEO of the National Governing Body.

Kellett joins from British Cycling where he was Director of Recreation and Partnerships, and will report to the Basketball England Chairman and Board from January.

He will work with Basketball England’s Board, staff and partners in order to continue the drive for sustainable growth within the sport, build the profile of basketball and grow participation across all age groups.

“It’s well known across the sporting landscape that basketball’s opportunity in this country is huge, from grass roots to the professional level,” said Kellett. “I’ve been impressed by the ambition demonstrated by the Board to take the sport forward at all levels and leverage the power of basketball beyond the court.

“I feel privileged to be part of basketball in this leadership role and I’m really looking forward to working with the staff, the basketball community and key partners.”

At British Cycling, Kellett was responsible for shaping and directing corporate strategy and sustainable growth. He was also accountable for delivering the Sky Ride participation campaign in partnership with Sky and helped to develop products, channels and assets to deliver growth and secure new revenue.

He headed a team to deliver key functions of marketing & communications, design and development, programme delivery, events, partnerships and business administration. Kellett also led the development and implementation of British Cycling’s women’s strategy – designed to attract one million women into the sport.

Prior to his spell at British Cycling, he worked as Regional Director at Sport England and CEO at the Lancashire Sport Partnership.

Kellett assumes the role from elected Board Director Mark Clark, who held the interim CEO role following the departure of Huw Morgan earlier this year. Kellett’s arrival is a key part of the strengthening of the leadership at Basketball England, following three new independent directors and one new elected director joining the Board in 2015.

Clark added: “Stewart was an outstanding candidate who not only demonstrated a record of success at British Cycling but also has a real belief in all aspects of basketball in England. He will provide great leadership and vision for the sport and governing body, and we look forward to him joining.”