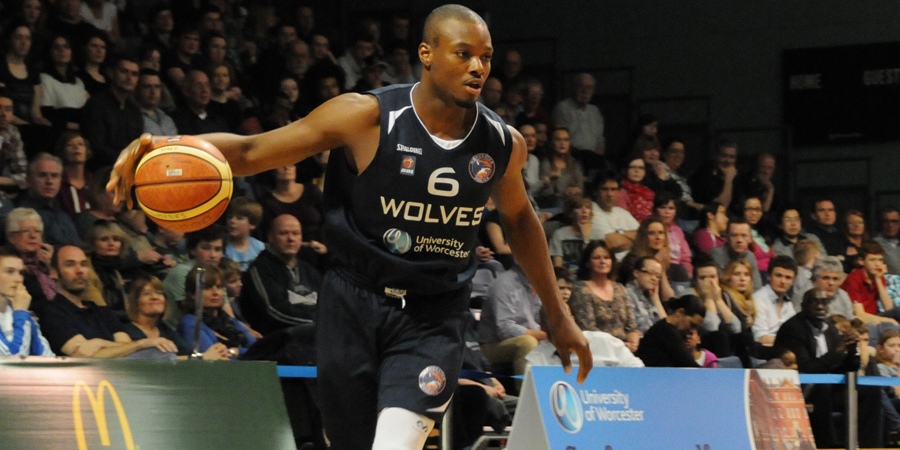 Worcester Wolves’s Disraeli Lufadeju will be the team’s only returning player for the 2015-16 season after the club has announced a mass cull as they “move in a different direction.”

Despite turning in some notable performances – with victories against the Newcastle Eagles, and claiming their highest ever British Basketball League (BBL) finish of third, James’ side failed to build on the previous campaign, during which they won their first ever pieces of silverware (the BBL Playoffs Title and Trophy).

An early exit from the National Cup, disappointment in the National Trophy and a heavy defeat in the first round of the play-offs meant that Wolves’ season ultimately fizzled out.

“We had a team with some very talented individuals, and in some games we demonstrated that we had the potential to be a title winning team,” explained James. “The three victories over Newcastle Eagles clearly demonstrated that fact.

“However, we failed to progress in the key cup competitions, and we all recognise that this was not acceptable. Therefore, following discussions within the club, we have decided to revitalise the program and move in a different direction.

“We have spent the post-season period reviewing the previous campaign and busily planning for the future. We hope to be making some announcements about incoming players very soon; a great deal of research has gone into finding exciting players who we believe will make a strong contribution to what we are trying to achieve in the future.”

Worcester become the second club to announce a major overhaul, after Durham Wildcats have withdrawn completely from the top flight for next season due to visa issues. It remains unknown whether the recent clarification on visa rules for non EEA players has played a role in Worcester’s roster revamp.

Wolves Managing Director, Mick Donovan, was also eager to praise the departing players who helped Wolves to success during the memorable 2013/14 season.

“There were some great characters in the team and we would especially like to acknowledge the outstanding contribution of our departing captain, Alex Owumi, and last year’s MVP, Jamal Williams, who played such a big part in taking us to the next level. However, we all felt that it was time to rebuild with a new look team.

“The 2013/14 season was a great time for the club and whilst we do not believe that we have the divine right to repeat that every year, we needs to respond to the 14/15 end-of-season collapse. Releasing three players during the season was not ideal and we have been working really hard to put an exciting team on court for the forthcoming campaign.”

Lufadeju returns after averaging 4.9 points, and 1.7 rebounds on 40% shooting. You can view his season highlight reel below: