2021 BBL playoffs: Guide to the quarter-finals 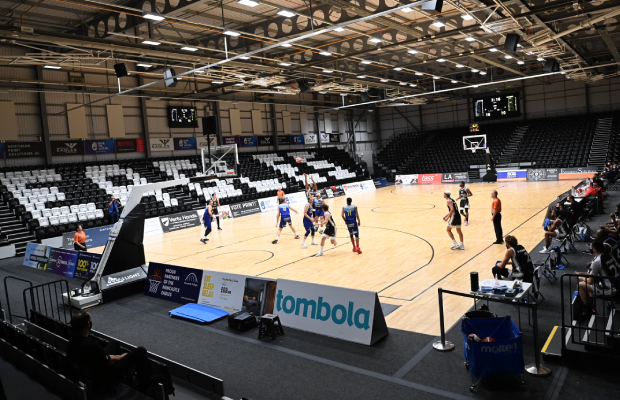 The WBBL playoffs opened ‘May Madness’ over the weekend, now it is the turn of the BBL post-season to begin with four consecutive nights of double-headers.

Here’s a look through the quarter-final ties that are played over two legs: 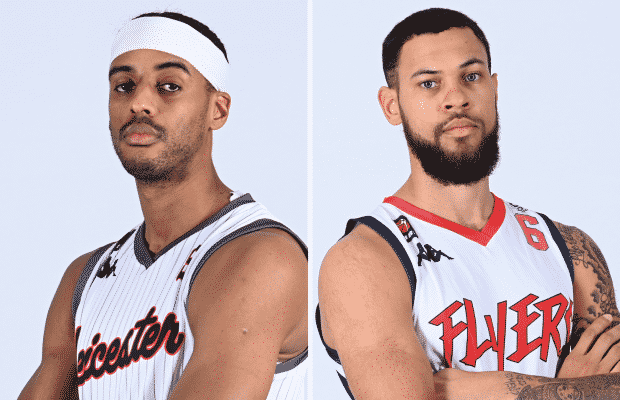 The Riders clinched a fifth BBL Championship title in their final game with a crushing victory on the road against Cheshire. Rob Paternostro’s side had been the champions-elect for some time and finished the campaign with a 24-6 record with defeats against Newcastle and London delaying the inevitable, though they also had Mo Walker return from a long spell on the sidelines with Geno Crandall also back from injury.

Bristol went from possibly missing out on the playoffs to wrapping up the final spot with a game to spare as they fought hard for a decisive two-point victory at Manchester having lost six of their previous seven games. The Flyers finished their regular season in style with a 13-point home success against Newcastle and will have belief heading into the post-season.

In normal circumstances, there are not many given the Flyers hope of pulling off the upset – and that may still be the case – but they were responsible for one of just six league losses for the Riders. And, they did so in dominant fashion with a stunning 26-point victory. Eric Lockett led the way with 18 points as a 28-7 final quarter sealed an impressive 54-80 success on the road.

The two teams had met for a second time just days earlier with Leicester strengthening top spot with a 62-76 victory at the SGS Wise Arena with a 22-9-7 line from Conner Washington in the absence of Geno Crandall. They had also recorded an 85-73 win at home in December having raced out to a 34-19 start with four starters finishing in double figures.

‘The General’ Geno Crandall has been a delight to watch in his first season in the BBL. The American guard has been fully in his bag of tricks for the Riders and come up with clutch plays in leading the team in scoring with 15.9 points per game. The influence of captain Darien Nelson-Henry is often underrated and he will have an important role in the battle in the paint, while Leicester will be able to call upon a deep roster.

Bristol have not one, but two GB internationals in the back-court with Teddy Okereafor and Ben Mockford linking up this season. Okereafor leads the team in assists (5.4 per game) and his connection with Marcus Delpeche will be one to watch with the big man having his best season in a Flyers jersey. 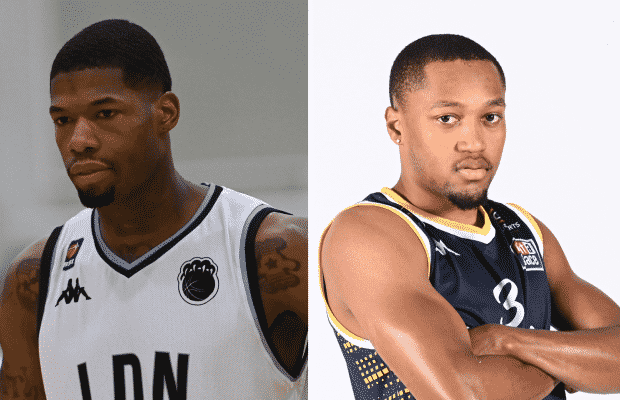 London may have come up short in the league title race, but momentum is with them off the back of 12 straight wins to head into the post-season. The Trophy winners began their run at the back-end of March with 11 of those victories – including a five-point win over Leicester – coming in a busy finish to the regular season as they locked up second spot.

At one stage, the Phoenix looked as though they would be on course for a top-four finish this season with a five-game streak in January/February. However, they finished with just two wins against Glasgow in their final nine games – going 2-5 in April with two defeats coming against Plymouth as well as losses to Worcester, London and Leicester as they finished up in seventh place.

The teams first met in December – early on in the regular season – with the Lions signalling their firepower with a 99-110 victory as Orlando Parker dropped 25 points and there were 20 points apiece for Justin Robinson and DeAndre Liggins in the high-scoring encounter.

Cheshire levelled the season series in February in the midst of their red-hot streak as they secured an 87-80 triumph to dent their opponents’ title hopes. Kahron Ross top scored with 21 points as a 30-12 second period proved pivotal. The Lions then came out on top in their recent clash as a 27-9 final period helped secure a convincing 87-61 win behind a balanced scoring attack.

Former NBA player DeAndre Liggins has lived up to his billing this season for the Lions with 14.4 points, 5.4 rebounds and 6.9 assists per game, while ex-Sheffield forward Dirk Williams has been a constant scoring threat to lead the team – and let’s not forget they have a two-time league MVP in Justin Robinson.

The ‘clutch bros’ in the back-court have both hit game-winners this season with Kahron Ross and Mike McCall striking a potent partnership for Cheshire. Ross has averaged 17.1 points per game in the league with strength also in the front-court, while Matthew Bryan-Amaning – a player with multiple Championships – will not be lacking motivation in coming up against the team he started the season with. 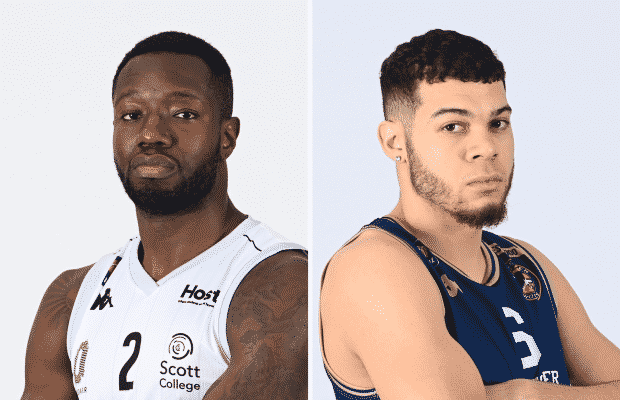 Plymouth enter the playoffs in their best form of the season, winning 13 of their final 14 league games since mid-February. Paul James’ only defeats in that span came against the league champions Leicester in overtime, and London in the Trophy final. They went 8-1 in April with a strong finish, despite the recent departures of Prince Ibeh and Denzel Ubiaro, while Andrew Lawrence never took to the floor.

The Wolves have had a mixed campaign – reflected by their record – with some big wins along the way after the delayed arrivals of their American contingent. Matt Newby’s side lost four of their first six games in April, but closed out the regular season with a win over Newcastle.

All four meetings this season have gone the way of the Raiders. The two teams met in the quarter-finals of the BBL Trophy with Plymouth earning a nine-point success on their road to continue their journey towards the final.

They opened the BBL Championship campaign in Worcester with Ashley Hamilton netting 22 points in a 60-69 victory. The next followed a few weeks later with Plymouth again victorious in securing a 72-58 win before completing the series sweep in February with an 82-104 victory behind 22 points apiece for Hamilton and Rickey McGill.

Ashley Hamilton returned for a second season in the BBL having previously helped London City Royals to a BBL Trophy title and the GB international put up 16.3 points per game to lead his new side in scoring. Rickey McGill enjoyed a rich vein of form to pick up the BBL’s Player of the Month award for March with ex-Newcastle forward Mike Morsell adding to their firepower as a mid-season addition.

The Wolves have Brit forward Jordan Williams leading from the front with averages of 13.3 points, 9.2 rebounds and 5.1 assists per game in the league. Maarten Bouwknecht is an ice-cool customer at the point guard spot and Lamarr Kimble fired in 27 points in the final regular season game. 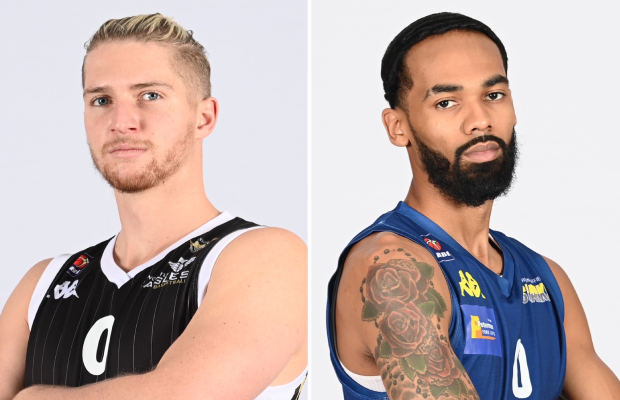 Newcastle were early-season title contenders but fell away after their Cup triumph, but still picked up a solid 18 wins in the league to finish fourth. They had a 4-4 record in April having enjoyed an impressive comeback triumph over Leicester, but also suffered defeats against sides outside of the top eight with a heavy loss at the hands of Surrey and letting slip a commanding lead in a loss to Manchester.

The Sharks lacked consistency throughout the campaign with wins over the top-four mixed in with some disappointing results – most notable their performance away at Glasgow at the start of the New Year. Atiba Lyons’ side also went 4-4 through April having finished their campaign with defeats to Plymouth and London after putting together a run of three successive wins to clinch their spot in the post-season.

The Eagles got the better of the first three matchups – including two meetings in the Cup before Sheffield found a way to overcome their long-time rivals with two wins at the Vertu Motors Arena in as many weeks, and will hope to have a similar outcome in the first leg at the same venue.

The first of the two road wins for Sheffield was a commanding 70-90 success with five players scoring between 12-14 points before they backed it up with a 77-89 victory the following week as Jeremy Hemsley fired in 24 points. Newcastle had won the two group games in the Cup by double-figure margins back in November, and also recorded an 84-92 victory in January when Cortez Edwards had 18 points.

Rahmon Fletcher is a two-time league MVP and in contention to receive the award for a third time after leading league in points (19.2 ppg) and assists (9.3apg). Justin Gordon overcame a mid-season injury with the Cup Finals MVP enjoying a strong BBL rookie season with 16.9 points per game amongst the top 10, while Cortez Edwards is capable of adding to his league triple-double earlier this season.

The Sharks struck gold with the early-season pickup of Jeremy Hemsley with the American guard leading the team in scoring with 17.2 points per game – tied for third in the league. There have also been impressive all-round displays from Antwon Lillard in his first year in the BBL with 13.7 points, 7.2 rebounds and 3.0 assists per outing.

The BBL playoffs are to be broadcast live on the Sky Sports YouTube channel.