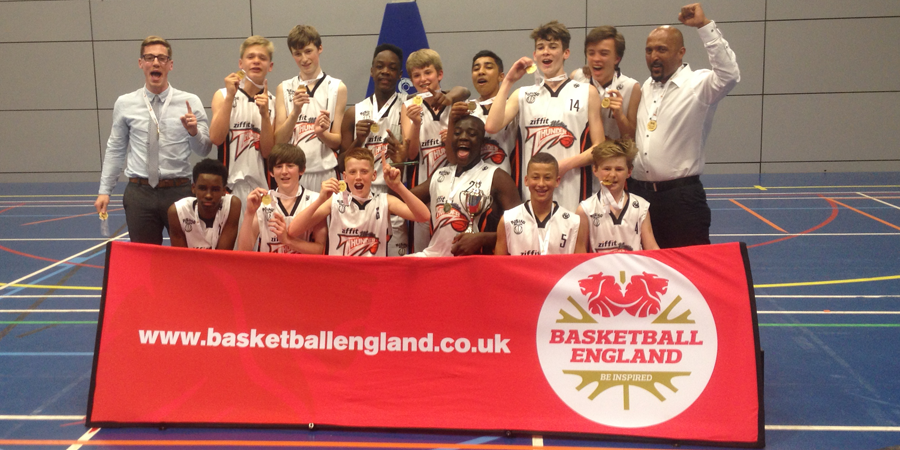 Worthing Thunder were crowned Under-14 National Champions with a down to the wire 69-67 win over London Greenhouse Pioneers in the title game at the EIS in Sheffield on Sunday.

Cameron Hildreth kept his cool to sink two crucial free throws with just 18 seconds remaining that gave Thunder a 69-65 cushion, which they did not give up the rest of the way.

Big man Hosana Kitenge picked up MVP, dominating inside on his way to 17 points, 18 rebounds and 6 blocks on 6/10 shooting.

“Accomplishing that is a fantastic feeling. Those boys sacrificed many things along the way, especially those who didn’t play a single minute at the finals, but they all contributed massively during the season, we couldn’t have achieved this without that team effort.

“I think the final was the hardest game I have had to coach so far. We came out strong in the first period, but I could see we were tired after that. Greenhouse are a great team and we knew they wouldn’t give up, they pushed us all the way. It was a fantastic final to be involved in. I can’t tell you how proud I am of the whole team.”

Colin Luzinda added 19 points and 14 rebounds, while Raymond Jonas added 15 and 12 rebounds to dominate the glass 60-39 over Greenhouse.