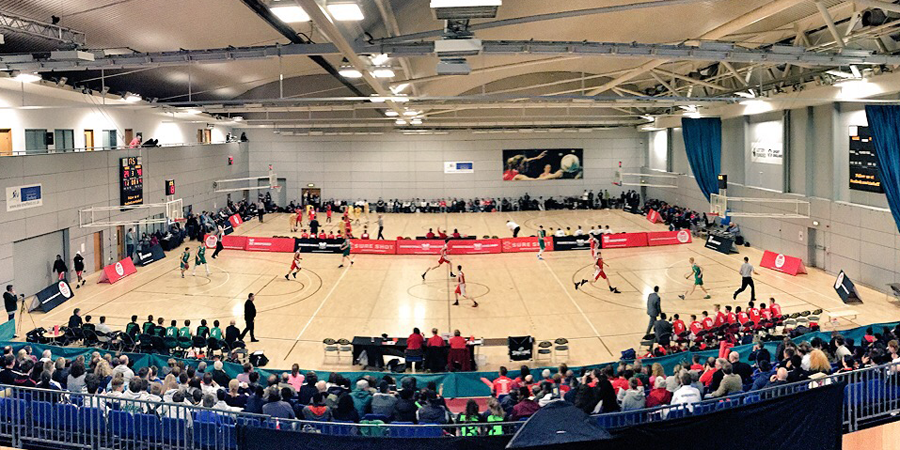 Manchester Magic picked up the Under-16 National Title with a 77-68 victory over Newham Youngbloods in the Final at the EIS Sheffield on Saturday.

It adds to their Under-13 and Under-15 trophies for this season, as they remain on track to win another two with their Under-14s and Under-18s who will play in their respective Final Fours on Sunday.

Kaiyem Cleary picked up MVP, finishing with 26 points and 9 rebounds as he took over in the third quarter, scoring nine straight at one point, to stifle Newham’s run led by Jelani Watson-Gayle and Ify Chuks.

“It was a very intense game,” Cleary said afterwards.

“There were points where I thought we weren’t going to have it because they came back but because we stuck together as a team, and played for each other, at the end, when it mattered, we pushed through and got the W.”

Michael Anumba had 19 points, 7 rebounds and 6 assists to back up Cleary.

“I’m feeling great for the kids and parents. It was my first year in Manchester, and there has been difficult moments; the kids didn’t know me at the beginning, and I didn’t know them either so we had our ups and downs, but hey, it feels great to be a national champion.

“We played really well, it’s the third straight game we’ve played very well – we have peaked at the right time. Youngbloods are a very talented team, me and Aaron senior used to coach for the same team (NASSA), so that’s the first time we’ve gone up against each other, so we had a little banter in the run up to it. Newham are talented and athletic, but we were the better team on the day.”

Chuks led Newham with 23 points, 9 rebounds and 3 blocks off the bench, while Watson-Gayle added 22 points, 7 rebounds, 7 assists and 4 steals.

Jelani Watson-Gayle dominated at both ends of the floor, finishing with 25 points to lead the East London based side, while Jonathan Ragasa added 20.

Despite Sheffield refusing to go down without a fight, Newham’s athleticism and tenacity proved too much, as they grabbed control of the game in the third.

Jacob Cauthorn led the Sheffield resistance, being a force inside after a quiet first quarter, as he finished with 36 points.

The lead stretched to as many as 20 points, as U15 MVP Michael Anumba led Magic with 15 points. Kaiyem Cleary added 12.

Sam Wilson had 15 points for the Wire, who couldn’t add to their U16 National Cup title from February.