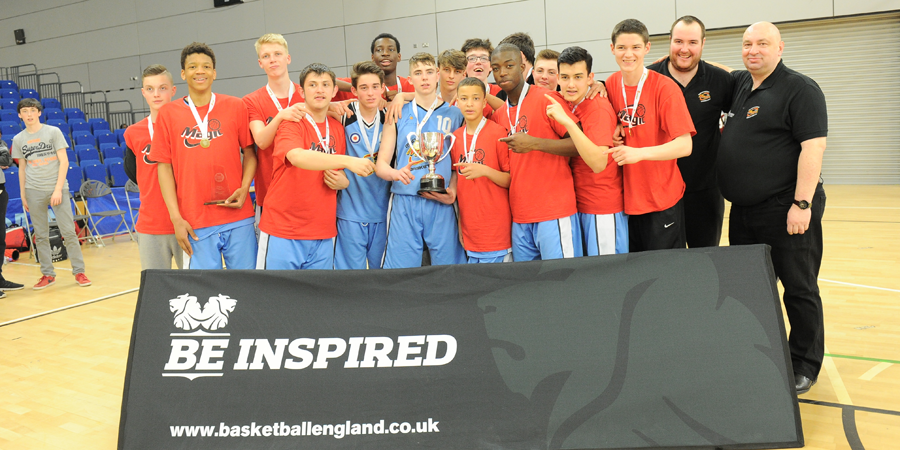 Manchester Magic made it a double winning day as they took home the Under-15 National Championship with a 78-75 win over Brentwood Fire in the final on Saturday at the EIS Sheffield.

Adding it to their Under-13 title from earlier in the day, Magic won in similar fashion to their younger counterparts, surviving a three from Brentwood in the final moments that would have forced overtime.

“I’m really proud of the guys as they have worked really hard all season and have shown great togetherness and team spirit during that time,” said Manchester Head Coach Sam Gray.

“We didn’t play well in the final and struggled to get going against a really talented and tough Brentwood side so I was pleased that we ground out a win.”

Brentwood were led by 25 points, 7 rebounds and 8 assists from Daniel Ogoro.

In the semi-finals, Manchester defeated Worthing 92-55, while Brentwood took down Cheshire Wire 71-71. It was Cheshire Wire who then claimed third place, beating Worthing Thunder 83-68!