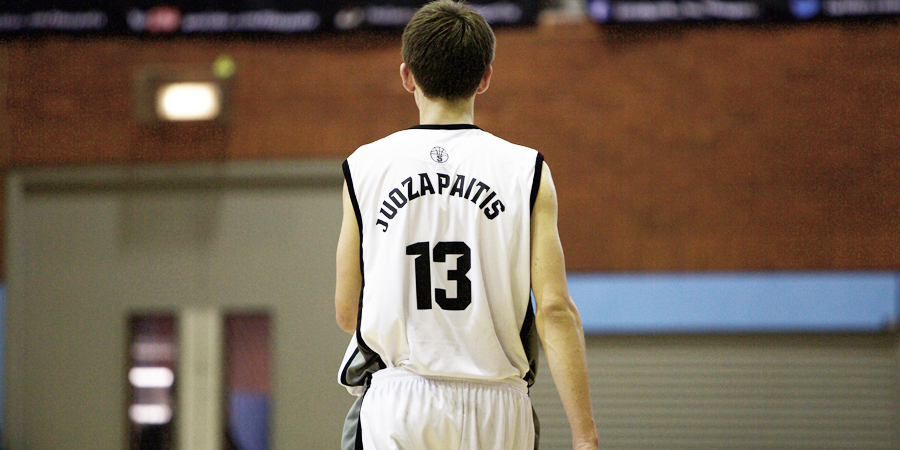 The top young ballers in the UK put on a show as Team White defeated Team Black to win the Hoopsfix All-Star Classic under-17 game at the Brixton Recreation Centre, on Saturday

Gedi Juozapaitis was the shining star as he produced an all-round display of 20 points, 7 rebounds and 5 assists to claim the MVP award in his side’s 100-89 victory.

Last year’s MVP Jelani Watson-Gayle put in another impressive performance, and he finished with 17 points, 5 rebounds, 5 assists as well as 3 steals.

“It was nice to come out with the win,” said winning coach Ronnie Baker. “It was amazing to be back at Brixton, where it all began, and to be part of this excellent event.

“It was a highly coached game with lots of talent, and credit to my players – they played as a team, moved the ball well and importantly, played good defence.”

Sam van Oostrum netted the first three of the game to put Team Black into an early 8-6 lead, before Baker’s came alive with a fast-paced 7-2 response. Jacob Iwowo and Kaiyem Cleary traded triples as Junior Williams’ Black Team seized the early upper-hand to lead 26-22 at the end of the first.

Juozapaitis began to come into his own in the second quarter with a hand to play in most things for his team. The 16-year-old Peckham Pride guard sunk a three, and then dished a no-look pass to big-man Henri Langton as the White Team took control.

They compiled a 10-0 burst as Watson-Gayle orchestrated proceedings, before a further 11-2 run including three’s from Luke Mitchell and Iwowo made it 54-40 in their favour. The Black Team would end the half with the final four points to narrowly trim the deficit to 10 heading into the interval.

And, they would take the momentum into the second half with Evan Walshe, in particular, stepping up and showing his ability to get to the basket with ease as the gap was cut to just four points. However, Langton span baseline for the dunk and Watson-Gayle nailed another three as part of a 14-2 close to the third quarter, to all but seal the win with the White team up by 16 at 76-60.

There would be no way back for the Black team as Juozapaitis confirmed his rightful claim for the MVP award with a couple of additional highlight plays with the lead peaking at 19. Kemar Hawes ensured that the scoreline would not be as one-sided as it could have been with an aggressive late flurry of baskets.

GB captain Drew Sullivan was on hand to present Juozapaitis the MVP award as the under-17 game perfectly set the stage for the following under-19 game.

Check out the full-game U17 replay: