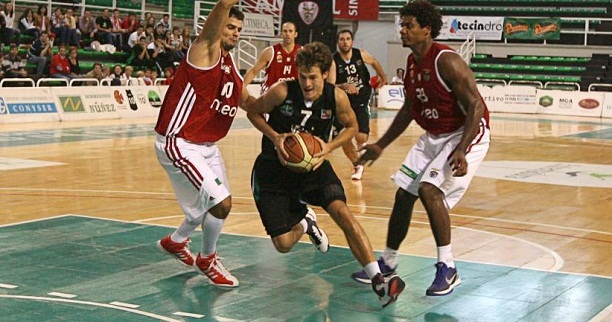 Just because you haven’t heard much on Hoopsfix about Devon van Oostrum recently, doesn’t mean he isn’t out there putting in work!

A few months after joining Caceres, who he was loaned to at the beginning of the season, DVO (which is now the name he has on he back of his jersey, by the way!) is having the best year of his pro career to date. Twelve games in, DVO is averaging 10.3 points, 2.8 rebounds, and 2.6 assists in just 21 minutes per game.

Not only that, but his profile in Spain is rising in the media, more recently being recognised by Solobasket as one of the top point guards in LEB Oro for the month of December (will need to use Google translate to read all the linked articles).

Check out this crazy dunk he had a couple of weeks back, going coast to coast before baptizing two CB Breogán defenders (apologies about quality, but best we could do)!