Spotlight back on British basketball governance failures at EuroBasket - Hoopsfix.com

Spotlight back on British basketball governance failures at EuroBasket 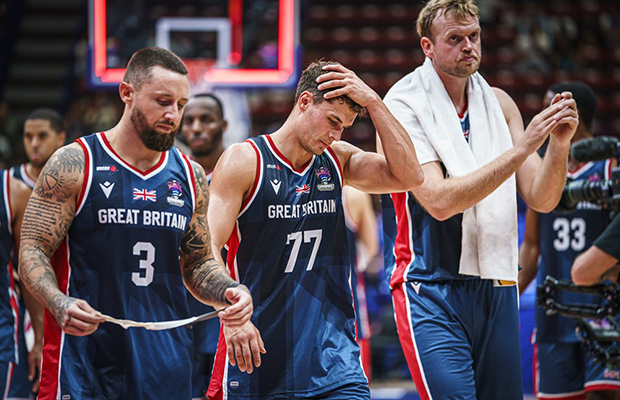 Two games into Great Britain’s EuroBasket campaign and after two heavy losses, the spotlight is back on British basketball’s administrative and operational failures.

A 29-point defeat to Ukraine in the opener, followed by a 21-point loss to Croatia and there are growing questions on social media of the sport’s governance and management.

“Hiring a coach that can’t be around? Zero preparation or even an intent to hold professional standards to promote the elite game? Removal of the U20 program? Why?”

The team has had just three practices before entering the World Cup Qualifiers and EuroBasket, there is no TV broadcast deal in place for UK fans (the only local market with a team competing in EuroBasket without a TV deal), and GB are the only team in the competition without a jersey sponsor.

“Not our day! Only the 10th day together! Half of those spent traveling,” former GB Performance Director Mark Clark – whose son Dan is the team captain – replied in disbelief to the official GB Basketball twitter account following the loss to Ukraine.

“Performance was poor we all know that, the team will be hurting. Have to call this out our GB Teams are being dismantled and have to ask why and what are we going to do about it.” 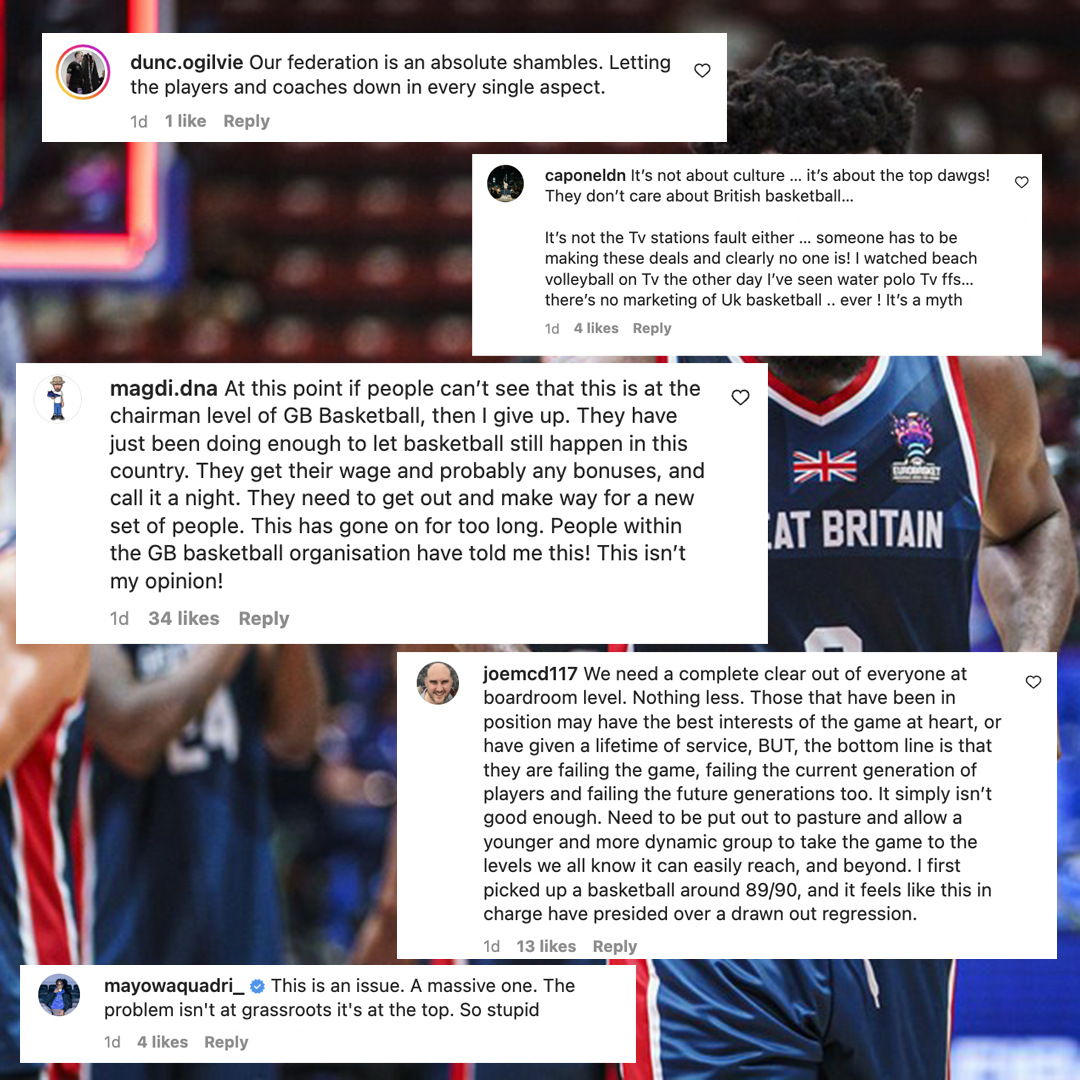 A decade after the London 2012 Olympics that promised so much in terms of legacy, it has never been clearer what a dire position our sport is in.

It is easy to paste over the cracks; Basketball England will be the first to point to Gold and Silver medals won at the Commonwealth Games 3×3 in Birmingham, the BBL secured a multi-million pound investment at the end of last year, while this summer has seen a roster of activity unmatched in recent years.

However, for those on the ground – that are in it day to day – the frustration with the sport’s leadership and administration has never been higher.

Let’s call it as it is: the national teams programme is an abjective failure.

Players and parents having to pay substantial amounts of money to represent their country is the norm, logistical and operational horror stories; from kids having to wash kits in their sinks, to travel plans that are more akin to backpacking across Europe than an elite sport environment are not uncommon, all while the in-fighting between the home country associations and the British Basketball Federations continue, with no-one willing to take responsibility and no-one being held to account.

A complete inability to raise commercial income has persisted since prior to London 2012, and an over-reliance on government funding has been laid bare, with no-one willing to pick up the tab.

But through it all, the players refuse to make excuses and continue to show loyalty and commitment to a programme that has shown them none.

“Obviously, it would have been a lot easier (if we had more preparation time),” GB big man Gabe Olaseni said candidly after their loss to Croatia on Saturday.

“We had 3 practices, other teams had 3 weeks…As players and coaches we can only work as hard in the time they give us. We only got a few days, it’s disappointing but we have to deal with it. No-one is making excuses for us, no-one is going to feel bad for us, this is professional sports at the highest level so you have to find a way to make it work.”

“This is a real effect and it lets down people who put the time in, the players who have a willingness to play for their country out of their own goodwill.”